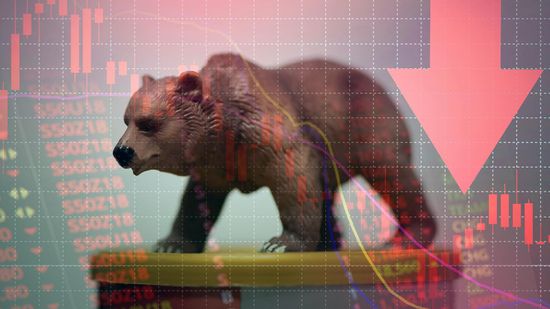 Cryptocurrencies are likely here to stay. But who's really behind their creation and should we trust this new form of digital cash?

Cryptocurrencies have been in the news a lot lately. How much do you know about the legitimacy of these 'invisible' currencies?

Most bank notes and coins made in the U.S. feature famous people from American history. But we often use these bills without registering whose faces are actually on the notes. Can you guess without opening your wallet?

Diamonds weren't even very popular before the 1930s. And it wasn't until a savvy copywriter created an ad slogan that the stones became synonymous with love.

When Will We Reach the Tipping Point for Tipping?

Some U.S. restaurants' experiments with dropping tipping in favor of higher menu prices did not catch on with consumers. Is there a profit point when it would make sense to drop tipping?

Tiny Houses Are Huge for Homeless

The tiny house movement is providing homes for people who need shelter.

The U.S.'s long-standing cash bail system produces two very different outcomes depending on how much money the defendant can scrape together.

Even items with the word 'penny' in their name, like penny candy, cost more than a cent. What does a penny buy in America these days?

Whether your account has been hacked or you've lost your private key code, do you have any recourse for recovering your lost bitcoin?

Forget about being anonymous when you shop. In the new Amazon Go store, every single thing you buy is linked directly to you.

Bitcoin had a banner 2017, trading at up to around $20,000 per unit. So, hopes were high for its debut on the futures market in December. How is this cryptocurrency faring in the real world of financial regulation?

The online company has its fingers in just about every e-commerce enterprise; it's even caused many organizations to go out of business. Yet the U.S. government has not tried to stop Amazon's growth. Why's that?

Beyond Bitcoin: Ethereum Is the Next Big Cryptocurrency

Bitcoin's price of more than $10,000 a coin has gotten everyone excited, but some financial experts are putting their money on another cryptocurrency.

9 of the Weirdest Lost-and-found Items in the World

Fifty vacuum-packed frogs, a wedding gown and an actual human skull. These are just a few of the world's best lost-and-found items.

Amazon does everything else, so why not own a city, too? If all goes according to plan, Amazon The City may be coming to a municipality near you.

Is it better to give cash or goods? And which organizations should you support? Find out the best ways to really help people in times of disaster.

People are being bombarded by telemarketing calls with numbers that look local, but aren't. The FCC is cracking down on these scammers.

Spending goes up on construction and repairs after a disaster. But experts say it doesn't make the local economy better.

We place faith in our money and financial systems. But have we put so much faith in them that we're not equate money and religion — or money to, ahem, our eternal salvation?

New research posits a simple way to get rid of household clutter and keep your precious memories: Snap a picture.

U.S. politicians talk a lot about trying to save coal mining jobs, while saying little about losses in significantly larger sectors like retail. Why the disconnect?

Post-Brexit, applications for Estonia's e-Residency program are soaring. But what does becoming an Estonian e-Resident actually allow you to do?

A new study examined the morality of cab drivers — in Athens, Greece — when dealing with business travelers.

How Will Panhandlers Fare as Our Economy Goes Cashless?

Fewer people carry cash, preferring to pay with cards or smartphone apps. What impact does that have on those who rely on pocket change?