by Shelley Danzy Sep 12, 2017
Robocalls aren't new, but now scammers are illegally disguising their identities under familiar-looking numbers to get people to pick up their phones for these recorded messages. Oscar Wong/Getty Images

Your phone rings. It's a local number, but it's not one you know, so there are a few seconds when your thumb seesaws between tapping the answer and ignore icons. But it could be a potential job interviewer or a food delivery driver, so you answer the call with a hesitant "hello." Alas, you roll your eyes when you hear a mechanical voice say, "Great news! You've won!"

It's easy to ignore 800-numbers, but it's tricky when your area code pops up and even trickier when a recognizable prefix displays. These dreaded prerecorded, auto-dialed telemarketing robocalls with local numbers are dubbed "neighbor-spoofing" calls.

If you're getting these calls, you're not alone. It's estimated that U.S. phone users received 2.4 billion monthly robocalls in 2016, even if they added their number to the 14-year-old National Do Not Call Registry. Along with telemarketing solicitations, robocalls ring No. 1 among consumer complaints to the Federal Communications Commission.

So what's all the buzz about? Familiarity. A spoofing service can insert a fake ID instead of the caller's real number, often using Voice over Internet Protocol (VoIP) software, which transmits calls via the internet. We tend to let our guard down when we see phone numbers that appear to originate close to our local area. When a call comes in with the same area code and first three digits as ours, we're more inclined to answer.

The problem is, these misleading robocalls are illegal under the Truth in Caller ID Act, which prohibits spoofing "with the intent to defraud, cause harm, or wrongly obtain anything of value." Often, people and companies spoofing robocalls hide their identity because they're committing fraud. Although the FCC requires telemarketers to have consumers' written or oral consent to receive robocalls, people share their phone numbers in so many places — like social media profiles and contest entries — that it's easy for telemarketers to get hold of them.

However, phone companies do offer robocall-blocking services. And the telecom industry is trying to prevent, detect and filter these fraudulent robocalls with the Industry Robocall Strike Force, formed in 2016. In 2017, the FCC even proposed an $82 million fine against a health insurance telemarketer who made millions of illegally spoofed robocalls. So, even though telemarketers are sure to employ more schemes to get people's personal information and money — like ringless voicemail — it's good to know people still have options to protect their privacy and avoid scammers.

Now That's Interesting
According to the Robocall Index, Atlanta area codes hold the first and fourth place spots in a list of the top 10 area codes affected by robocalls. Houston, Dallas, New York, Chicago, and Memphis, Tennessee, are also in the top 10. 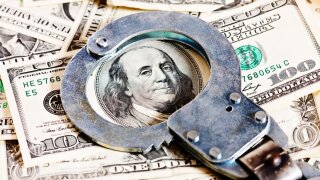 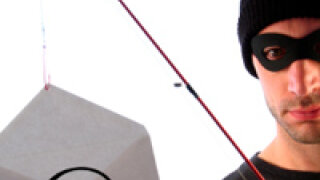 How to Detect Online Scams