Listen up ladies. There's been a widespread practice going on for years where manufacturers are charging us more for products simply because they're branded for women. It's certainly nothing new. Consumer Reports conducted an investigation in 2010 and found that products for women — by packaging design only — cost up to 50 percent more than the same products for men. And according to reporting by Healthline, this type of overpricing — it's known as the pink tax — has been commonplace for at least 20 years.

But why? We talked to Nitasha Mehta, the director of vendor marketing at online wholesale company Boxed, who has been involved with ending the pink tax practice.

"About a year into my role [at Boxed], I started reading and learning a little bit more about pink tax overall," Mehta says. "So I started to do some research on products on our own site and noticed that we were charged higher prices from our vendors that manufacture these products, higher costs for certain female products versus their male counterparts." Most manufacturers, she says, have told Boxed that women's products have "fancier packaging" that costs more to make.

"Maybe a women's body wash is creamier and requires more expensive ingredients. I think that's been the justification most of the time, but when you really look at the ingredients, there isn't a significant difference, and even if there is, we don't believe that these price differences should be passed on to the consumer," Mehta says.

So, if it's all in the packaging (OK, aside from that "creamier" body wash), what other products are women typically charged more for? Here are five of the most common:

Mehta says that razors are one of the most egregious offenders, and in some cases, a woman's razor can cost up to 108 percent more than its male counterpart. Women who are tired of overpaying for their razors, or who aren't even aware it was a problem, should try Dollar Shave Club, an online service that sells the same products to men and women, or Billie, a women-oriented razor startup that advocates against the pink tax.

A New York Department of Consumer Affairs study conducted in 2015 found that women's hair care products cost about 48 percent more than men's. So what gives? Are women just vain and more willing to spend gobs more on beauty products, simply believing the products are more superior because they cost more? Or are manufacturers getting away with price gouging women because they can? So you might want to think twice before you drop $50 on a bottle of shampoo.

Women who use many services can expect to pay more than men. The argument can be made that women's haircuts are more labor intensive and take longer, which accounts for the price difference. What excuse do dry cleaners use, then? According to USA Today, dry cleaners use machines that are built for men's clothing, not women's. The smaller, more tapered clothes don't fit, and often have to be ironed by hand, which accounts for the higher price. But should women really have to pick up the extra cost?

Manufacturers of feminine hygiene products do their best to make them sound as cutesy as possible, but the truth is, they're necessary and expensive. Furthermore, there is no male equivalent — that is, there is no product that men are required to buy monthly due to a biological function. Thus, advocates argue, it is unfair to place this extra price burden on women. And labeling these products "luxury items" (the standard that determines which items get charged state sales tax) is ridiculous. Mehta says Boxed cannot even sell feminine hygiene products without charging applicable sales tax, so they discount feminine hygiene products, along with some other pink tax products, to offset the extra costs. This comes out of the company's profits, Mehta says.

Yep. The pink tax even targets toys marketed to girls.In fact, that same New York City Department of Consumer Affairs report found that toys marketed toward girls cost, on average, 7 to 11 percent more than toys marketed toward boys. This comparison is a bit trickier because many children's toys are inherently gendered. In other words, it's not as straightforward as a per-ounce price comparison of a liquid product.

What Can You Do?

Though personal and health care products are most commonly associated with the pink tax, the problem is more widespread. That New York City Department of Consumer Affairs study included 800 different products with men and women versions and found the women's versions cost more 42 percent of the time. This difference can add up to thousands of dollars over a woman's lifetime.

Mehta says that the best strategies for advocates against this practice are contacting local legislators to push for reform, raising awareness by shopping smarter and seeking out companies with compatible values.

"Generally, we don't compare prices when we're shopping for our own products, so I wouldn't necessarily look at the price when I am buying a razor or shave gel, but I think that is something that can really bring more awareness around this issue," Mehta says. "I really believe that supporting these smaller players that are, right now, disrupting the industry, will put more pressure on some of these incumbents or larger players that have been around for so long and have really outdated pricing."

Now That's Interesting
Tampons and feminine hygiene products are on the list of pink tax products, although the tampon tax is a sister issue, of sorts. That is because in this case, it's not a matter of men getting charged less for the same product, but rather a question of women being charged sales tax for products that are simply not optional to most women. 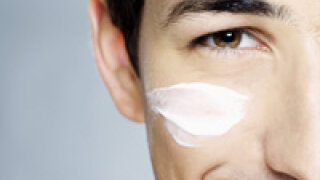 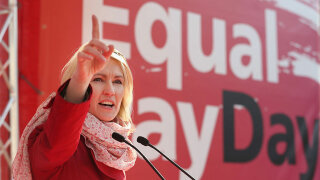 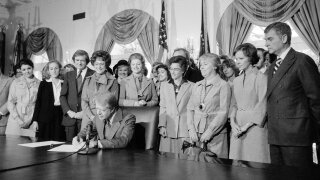 Why Countries Use Economic Sanctions to Prevent Conflict
January 17, 2020