by Dave Roos Dec 14, 2018
A volatile stock market and an inverted treasury yield curve. Does that mean recession is on the horizon? filo/Getty Images

Economic speculation can often feel like a self-fulfilling prophecy. When confidence in the economic future is high, the markets and the broader economy hum along. But when investors, banks and business get nervous, money stops flowing and the whole system grinds to a halt. That's called a recession.

The United States economy has been riding the longest bull market in history, posting record stock market gains and historically low unemployment figures. But the fact is, recessions happen and it's been more than 10 years since the last one officially ended. While we're not technically "due" for another market correction, it's starting to feel that way for some investors, especially as the trade war with China shows no sign of ending soon.

But the clearest indicator that a recession might be just around the corner is a wonky graph called the treasury bond yield curve. As we'll explain, this single indicator may be the king of all self-fulfilling prophecies, successfully predicting the last seven U.S. recessions and only getting it wrong once.

Treasury bonds come in a variety of "flavors" or different maturity dates. You can buy short-term T-bills that mature in three or six months, or long-term bonds that won't fully mature for 10 or even 30 years. Normally, the short-term bonds will have lower yields or interest rates than the longer-term bonds, because a longer investment carries more risk that inflation will eat up your gains over time. So if you plot the yield of treasury bonds on a graph, it will normally curve or slope upward, with progressively higher yields for bonds with two-year, five-year, 10-year and 30-year terms.

But in economics, things aren't always normal. Every so often, that yield curve flips upside down, with short-term bonds posting higher yields than long-term bonds. And historically, when that happens, a recession is imminent. The yield curve flipped in 2005/2006 as well as in 2000, 1988 and 1978, prefiguring the recessions that followed in the next year or two. The only time the yield curve inverted without preceding a recession was 1998.

So why exactly does the yield curve turn on its head? This gets to the self-fulfilling prophecy part. Bond prices and yields fluctuate according to investor demand. When more investors and companies want to buy long-term bonds, the price goes up and the yield goes down. As we mentioned, when economic prospects look good, fewer investors want to bury their money in a relatively low-yield, long-term bond. But if the future looks shaky, as it does for some investors right now, they start to flock toward these low-risk bonds, driving prices up and yields down even further.

On the other end of the graph, short-term bond yields have been pushed higher by the Fed, which has been slowly raising short-term interest rates in an effort to rein in an overheated economy. Then, as demand for those short-term bonds slows, it pushes their prices down and their yields even higher. The result is a "flattened" yield curve.

But the yield curve can also invert. On Wed. August 14, 2019, the yield on the 10-year treasury note was 1.4 basis points below the two-year note for the first time since 2007, causing a massive drop in stock market prices. By Friday August 16, 2019, the curve was no longer inverted and the stock market climbed.

So why does an inverted yield curve have recession watchers so worried? Because it's a sign of lagging investor confidence that can have real effects on the flow of money into the economy.

Wes Moss is the chief investment strategist at Capital Investment Advisors and host of the weekly radio show "Money Matters." He says that one of the reasons why the inverted yield curve messes with the economy has to do with banks. The way banks make money is by borrowing low and loaning high. When short-term rates are low, they can borrow cheaply by selling a one-year CD at 1 percent and then turn around and loan out that same money at 5 percent on a 30-year mortgage.

"When the yield curve is inverted, it means that short-term money is more expensive than long-term money," says Moss. "If I'm a bank and suddenly I have pay 3 percent for CDs and can only loan money out at 2 percent, then I'm not going to want to make those loans. The result is that everything slows down."

When capital is tight, businesses shelve new projects, freeze hiring or even lay off employees to cut costs. When workers are nervous that they're going to lose their jobs, they're less likely to buy a car or build that new dream house. Slowly but surely the economy loses steam, unemployment grows and we're back in a recession.

Moss notes that an inverted yield curve doesn't mean that a recession is arriving tomorrow. "On average, it takes a year and a half from the time the yield curve inverts until the start of a recession," Moss says. And a lot depends on whether the inverted curve is prolonged or brief.

Of course, if investors think that the economy might fall into a recession and start moving their money into other places, this could fuel the self-fulfilling prophecy even faster.

Ray of Enlightenment: Is Light a Wave or a Particle?

The Science Behind Your Cat's Catnip Craze 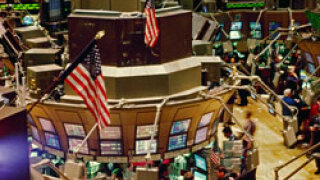 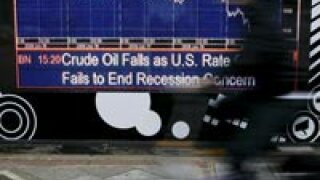 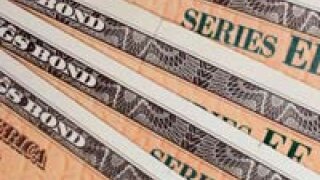 How to Buy Treasury Bonds

Isolation and Monotony Stress the Brain. Here's How to Cope
April 9, 2020

What's the Difference Between Sasquatch and Bigfoot?
April 9, 2020