by Melanie Radzicki McManus
NEXT PAGE
German family minister Manuela Schwesig speaks to men and women rallying for closing the gender pay gap, on Equal Pay Day, March 20, 2015 in Berlin. Equal Pay Day is commemorated in the U.S. and around the world on different dates. Sean Gallup/Getty Images

Would you work two months every year for free? If you're an American woman, you just might. Every April, one Tuesday is dubbed Equal Pay Day by the National Committee on Pay Equity (a coalition of groups working toward equal pay for all sexes and races). This 24-hour period symbolizes the gender pay gap, showing how far into the next calendar year women must work to earn the same amount of money as men. Similar days are also commemorated across Europe.

While comprehensive data on gender inequities in pay wasn't collected until 1950, research shows women were earning a mere 30 cents per dollar compared to men during America's early years, when its economy was largely driven by agriculture. During the Industrial Revolution (1820 to 1850) women fared better, netting 50 percent of the wages men took home; by the early 20th century, that rate inched up to 56 percent (i.e. women earned 56 cents for every dollar men earned).

Despite the fact that Congress mandated equal pay for equal work in 1963, the wage gap remained at 60 percent for years. In the 1980s it began to climb again, rising to around 75 percent. But some 30 years later, (the latest available statistics are for 2018) the gap had only nudged up to 81 cents per dollar, according to the U.S. Dept. of Labor. Still, this is slightly better than 2015, when the gap was around 80 cents per dollar.

Economists say one-third to one-half of the gender pay gap may be explained by differences in education, experience and the number of hours worked. But the reason for the remainder is a bit of a mystery, although many say it's due to gender discrimination. To put the pay gap in perspective, consider this: In 2019, a typical 25-year-old woman employed full-time earned $5,000 less per year than her male counterpart. If that gap persists until those employees hit age 65, she would have lost out on more than $406,000 compared to the man, an astonishing figure.

The gender gap is even steeper for women of color. In 2017, according to Census data, white women working full-time, year-round earned median annual incomes that were 77 percent of what their white male counterparts scored. For African-American women, the figure dipped to 61 percent; for Hispanic females, it was a dismal 53 percent. Only Asian women fared better than white women, earning 85 percent of what white males did.

In fact, the American Association of University Women pegged "Equal Pay Day" for African-American women as happening some time in August and way down in November for Latina women in 2019. 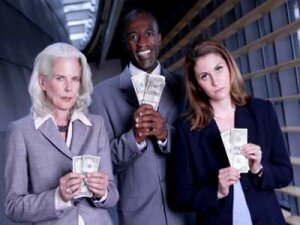 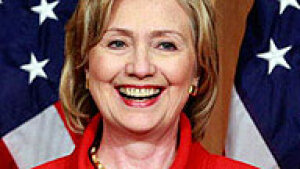 10 Careers Women Had to Fight to Enter