by Dave Roos Feb 21, 2019
Do financial incentives to move from one state to another really encourage people to stick around? Prasit photo/Getty Images

Facing aging populations and brain drain, many American cities and states now offer cash incentives for native-born college grads to stay put and for well-educated outsiders to move in. Especially New England, which has the toughest time of all U.S. regions in retaining college graduates — only 63 percent who attended school in the region were still living there a year after graduation (the national average is 71 percent). New England is home to several of these incentive programs:

Similar programs have popped up in Oklahoma, Kansas, and rural parts of Michigan and Ohio, with state legislatures and city councils willing to try anything to lure in young and educated workers.

Yet despite the growing popularity of cash incentives and tax credits targeting upwardly mobile young workers, there's little evidence to support that these schemes actually work. Local and state governments may very well be throwing money at a problem without a clear solution.

Cash incentive programs are not new. In Alaska, for example, residents have been rewarded for braving the cold since 1982 with an annual check from the state (it was $1,600 per person in 2018). The payments are dividends from the $64 billion Alaska Permanent Fund, established with tax revenue from oil drilling in the 1970s. While the dividends weren't explicitly intended to draw more residents to the 49th state (or at least keep them from fleeing), the yearly payments could have that very effect.

The problem is, we just don't know. Even though Alaskans have been cashing dividend checks for more than 35 years, there are no data or studies showing that cash payments have convinced people to stay or relocate to Alaska.

"It's a great question and one that's interested me for a while," says Mouhcine Guettabi, an economics professor at the University of Alaska who studies the impact of the Permanent Fund dividends."There is no empirical evidence either way."

Guettabi says there are two possible reasons why there haven't been any in-depth studies of the effect of the Alaska cash payments on migration. One is that the migration question is "notoriously difficult to answer." Because Alaska's economy is so reliant on the energy sector, there are wild year-to-year fluctuations in economic activity, and that impacts how many people move in and out of the state. Within that context, it would be extremely difficult to isolate to what extent migration decisions were affected by the dividend payment.

The second possible reason for a lack of evidence is that Alaskans simply don't want to know. The dividend program is super popular with both Democrats and Republicans, and an attempt to cap dividend payments likely cost former Alaska governor Bill Walker his job. If the millions of dollars in annual dividend payments are shown to have a negligible effect, political support could dry up.

Guettabi says that public and political apprehension could certainly be at play. "We've found there's considerable more interest in our work outside of the state than in the state," he says.

The situation is the same in Maine, which has been offering up the Opportunity Maine tax credit for almost a decade now. The Bangor Daily News reported in 2016 that there was "no evidence" that the student loan tax credits were enticing college graduates to stay in Maine and there was "no measurement in place" to get an answer.

Philip Trostel, a professor of economics and public policy at the University of Maine, confirms that no studies have been done on the effectiveness of the Opportunity Maine tax credit. "There doesn't seem to be a genuine interest in finding the answer. I suspect that the people involved are a little afraid that the answer might not be what they want to hear," Trostel writes in an email.

While there are no published studies directly examining the effectiveness of cash and tax incentives to attract and retain young American workers, there is some related data out there. Unfortunately, the results are mixed.

Damon Jones, an assistant professor in public policy at the University of Chicago, co-authored a paper examining the effect of college merit scholarships on young workers' decisions to stay in state after graduation. Merit scholarships like the Georgia Hope Scholarship provide in-state college tuition assistance to students who graduate from public high schools with a certain grade-point average.

In his study, Jones found that these scholarships, which are designed to incentivize high-achieving students to both attend school and then stay in state, were largely ineffective. The total number of people aged 24 to 32 with a bachelor's degree remained the same after the scholarship programs were enacted, leading Jones to conclude, "Nearly all of the spending on these programs transfers resources to individuals whose ultimate migration decisions remain unchanged."

Jones points to other studies out of Europe, however, that make a stronger case for tax breaks attracting skilled workers. In 1991, Denmark started offering highly skilled foreign workers a three-year break on their income taxes as a reward for relocating to the Scandinavian country. It resulted in twice as many eligible foreign workers immigrating compared to ineligible workers. The same authors did another study on top European soccer players, who tended to play for teams in countries that offered the best tax rates.

Jones cautions against equating high-earning international workers and athletes with college graduates. "These are rich people who by definition are willing to move across international borders," says Jones. "I don't know if that would necessarily apply to more moderate earning levels and people who are less mobile."

Now That's Interesting
New England colleges and universities attract the highest percentage of out-of-state students — 33.6 percent compared to only 6 percent out-of-state in the Pacific region. So it's possible that New England is losing so many college graduates because it starts with a much higher percentage of students who aren't from the area in the first place.

What Happens When Your Insurance Says Your ER Visit Was 'Avoidable'? 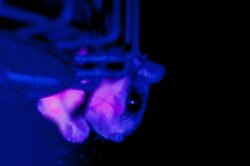 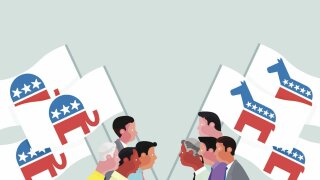 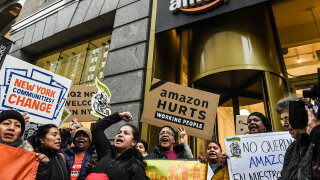 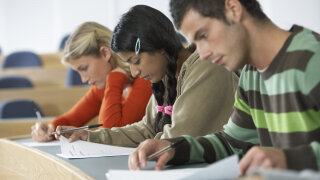 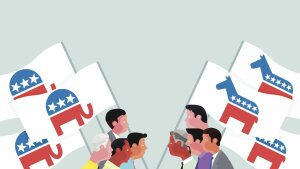 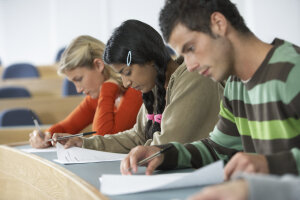