The North Atlantic Treaty Organization (NATO) is a global organization that serves many purposes in the world's security. NATO was formed April 4, 1949 with the signing of the North Atlantic Treaty by 12 founding member countries. The goal was to create a "pact of mutual assistance" to challenge any possibility that Joseph Stalin and the Soviet Union would try to further extend control of Eastern Europe.

But the cornerstone of NATO is what's called collective defense. It is the basis of Article 5 of NATO's founding treaty and commits members to protect each other during acts of war.

"The Parties agree that an armed attack against one or more of them in Europe or North America shall be considered an attack against them all and consequently they agree that, if such an armed attack occurs, each of them, in exercise of the right of individual or collective self-defence recognized by Article 51 of the Charter of the United Nations, will assist the Party or Parties so attacked by taking forthwith, individually and in concert with the other Parties, such action as it deems necessary, including the use of armed force, to restore and maintain the security of the North Atlantic area.

Article 5 has been invoked just once, in response to the Sept. 11 terrorist attacks on the United States in 2001.

But there's much more to NATO than just Article 5 and the idea of collective defense. Keep reading to learn about this powerful organization and its important role in the world's political landscape. 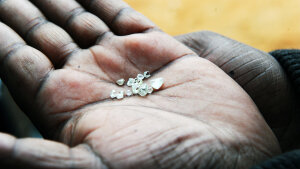