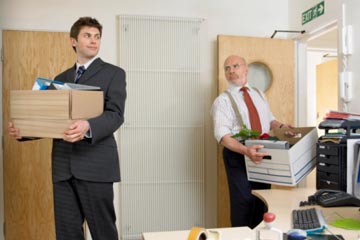 Most American workers are "at-will" -- meaning they can quit whenever they wish or be fired without warning.
Digital Vision/Photodisc/Thinkstock

The majority of American workers are “at-will” employees, meaning that their employers can fire them at any time without offering a reason, so long as the firing is not discriminatory or illegal. At-will employees can also quit at any time -- though offering two weeks' notice is considered standard decorum -- because they are not legally bound to work for their employer. If you have a contract, such as a union contract, then you are likely not an at-will employee and can only be terminated in circumstances that fall under the terms of the contract. Federal employees are not considered at-will but do have some protections from termination if it violates the U.S. Constitution or their state’s constitution.

Whether you’re an at-will employee or a union employee, certain aspects of getting fired are the same, and there are some guidelines that you should follow. Most importantly, be careful what you do and say. Getting fired can be a very distressing time. Don’t use it as an excuse to tell off those coworkers who have annoyed you or to launch into a rant against the company. Although it may not seem like it, you may end up working with some of these people again one day or encountering them in a professional setting. Depending on the circumstances of your firing, you may also want to ask some of your coworkers or a former supervisor for a reference, a request that will be much more complicated if you make a tumultuous exit.

If you are fired, be careful about signing any documents, such as a release of claims that gives up your right to sue. Read them carefully, and feel free to consult outside sources or a lawyer. Most importantly, do not succumb to pressure.

You should also take this opportunity to look at any documents that you signed when you were hired that may affect future employment opportunities. These documents can include restrictive covenants, non-compete agreements or confidentiality agreements. If, for example, the non-compete agreement you signed bars you from working for a competitor for six months after leaving the company, read over the agreement carefully to see if there are any changes in its provisions if you are fired.

You may also receive a summary of your retirement plan and its status. These documents can be useful if you plan to roll your retirement account into a new plan with a future employer.

Whether your firing is dramatic and bitter or quiet and amicable, keep a record of events related to your job loss. You might need this information for collecting unemployment, filing a grievance or a lawsuit, or in settling a dispute about your severance package. Maintain a chronology of events so that you do not have to rely on your memory to support your version of events.

You should receive your final paycheck within 30 days of your final work day, though state laws on this vary [source: Nolo]. Your company may be bound to a different timeframe depending on whether you were fired or you resigned. If your employer does not give you your final pay within the legally required timeframe, contact a lawyer, your union or a government agency such as the Wage-Hour Division, part of the Department of Labor. 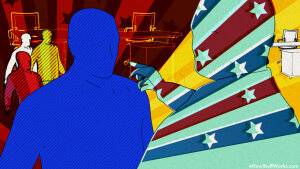 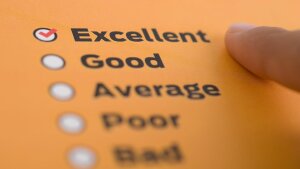 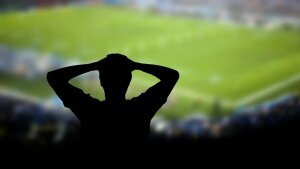