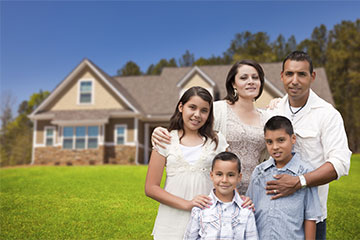 Having a family can increase the amount of your deductions -- though that's not the reason you have one, is it?
Feverpitched/iStock/Thinkstock

Uncle Sam isn't such a bad guy. Yes, a shocking amount of federal taxes are withheld from every hard-earned paycheck you collect, and you might even owe more when April 15 rolls around. But hidden among the 4 million words of the U.S. tax code is a gem of generosity from Uncle Sam called deductions.

Deductions are certain types of expenses that the federal government allows you to subtract from your adjusted gross income (AGI). The more deductions you claim on your income tax return, the lower your taxable income. When you file your taxes each April, you are given a choice of how you want to claim these deductions. The quick and easy way is to claim the standard deduction, a number based purely on your filing status. The 2017 Tax Cuts and Jobs Act, effective for tax year 2018, significantly changed the value and scope of itemized deductions, as you'll see in this article.

The standard deduction is a nice chunk of change, but if you want to reduce your taxable income even further, you need to itemize your deductions. Like the name suggests, itemized deductions require an item-by-item list of expenses instead of a single lump sum. You can find itemized deductions in dozens of categories, but some of the most common include home mortgage interest paid to your bank, charitable contributions, and state and local taxes paid the previous year.

Congress didn't randomly choose which types of itemized deductions to accept. Some categories of itemized deductions promote socially or economically positive behavior, like home ownership and charitable giving. Others compensate taxpayers for unavoidable expenses and losses, like illness or theft. Still others are just fair: Why should the federal government get to tax you on earnings that you already spent on state and local taxes?

Itemized deductions can save you thousands of dollars in federal incomes taxes, but it's much more complicated than taking the standard deduction. One of the fastest ways to trigger an IRS audit is to claim higher itemized deductions than other people in your tax bracket [source: Eisenberg]. And if the IRS comes knocking, you will need to produce receipts and official documentation for each item on your list.