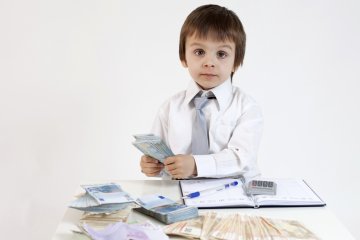 Fortunately, tax law is pretty straightforward when it comes to child support.
iStockphoto/ThinkStock

Trying to disentangle assets, property, goods and money is hard enough during a divorce, especially considering the heightened emotions that are virtually always involved. Adding children to the mix brings in a whole added layer of stress and worry – and, for many parents, added tax considerations.

Fortunately, although there are lots of rules regarding taxes and divorce – meaning it's best to check the IRS website for the specifics of your particular situation – child support tax rules as a whole are well-established enough that they're not a mystery.

Nope. Child support payments themselves are not deductible. And the custodial parent doesn't have to list them as income on their returns, either. However, there are still some ways for noncustodial parents to see some tax relief.

If you have joint custody, you and your spouse can alternate claiming the child as a dependent from one year to the next.

Unlike child support, alimony – that is, spousal support – is tax deductible to the payer, and the payee has to report it as income. And if you roll alimony and child support together, you're making payments called "family support." Just like alimony, family support is tax deductible to the person who's paying, and the receiver must report it as income. So if you and your ex are looking for ways to give one spouse a deduction, consider the umbrella "family support" option for monthly payments while negotiating a divorce agreement. Of course, you'll have to meet all the rules and regulations if you're claiming it on your taxes.