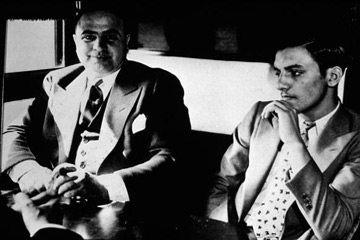 Here's a little factoid that may provide you a little comfort as tax day approaches: According to the Internal Revenue Service (IRS), paying income tax in the United States is voluntary. Seriously? It's true, but before you run your 1040 through the shredder and go lead your neighbors in a confetti parade, let's define "voluntary." The official term is voluntary compliance, and it means that the U.S. government doesn't calculate your income tax for you and send you a bill. It is up to the individual to voluntarily and honestly comply with the U.S. tax code -- all 4,500 pages of it.

And for the most part, the voluntary thing seems to work. According to the 2011 "Taxpayer Attitude Survey" conducted by the IRS, 72 percent of respondents "completely agree" that "it's every American's civic duty to pay their fair share of taxes," citing "personal integrity" as the greatest motivator, not the fear of an audit [source: Internal Revenue Service].

Yes, voluntary compliance seems to work... for the most part. When answering the question, "How much, if any, do you think is an acceptable amount to cheat on taxes?" an impressive 84 percent of respondents to the IRS survey said "Not at all," but a disturbingly significant 8 percent said, "As much as possible" [source: Internal Revenue Service]. Any attempt by a taxpayer to knowingly cheat the system, either by underreporting income, exaggerating expenses, hiding money or failing to file a tax return, is called tax evasion. And tax evasion is big business.

Tax evasion creates something called the tax gap, which is the difference between the total revenue the IRS is owed in taxes and the amount it actually receives. For the 2006 tax year (the most recent year for complete statistics), the tax gap was $450 billion. The voluntary compliance rate in 2006 was 85.5 percent, which doesn't mean that 14.5 percent of Americans didn't pay their taxes. It means that American taxpayers as a whole underpaid their taxes by 14.5 percent [source: Internal Revenue Service]. Since federal income tax revenue helps pay for items on the federal budget -- like defense and Social Security -- that missing $450 billion equals 16.6 percent of the total 2006 federal budget.

So who are these wily tax evaders and why isn't anyone stopping them? The fact is that the IRS doesn't have the manpower to catch every last tax cheat. There are slightly more than 22,000 employees working in IRS tax enforcement, and Americans filed around 146 million individual and corporate tax returns in 2010 [source: Sahadi]. That's 6,636 returns for each IRS agent. The result is that the IRS only audits 1 percent of tax returns, leaving plenty of room for "error."

Keep reading as we dig deeper into the different forms of tax evasion -- underreporting, underpayment, money laundering, offshore accounts -- and explain the difference between benign negligence and criminal tax fraud.