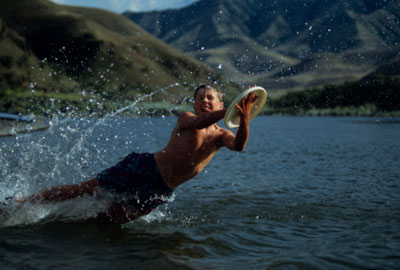 Could your Frisbee be made of inventor Ed Headrick?
Carl Weatherly/Getty Images

Testators are allowed by law to leave anything they own outright to any person or organization they desire. There can also be stipulations in the will that the beneficiary must satisfy in order to receive assets. For instance, you can bequeath a portion of your estate to one of your children with the stipulation that he or she must quit smoking or earn a college degree. People have navigated these wide-open parameters in a lot of different directions, resulting in some truly outrageous wills.

Portuguese aristocrat Luis Carlos de Noronha Cabral da Camara picked 70 random strangers from a Lisbon phone book 13 years before his death and made them his sole beneficiaries. The people were not notified until after his death, leading many of them to believe they were being conned [source: BBC].

Sometimes, people have stipulations that allow them to accomplish in death what they couldn't in life. McNair Ilgrenfritz, a wealthy but unsuccessful composer, left $125,000 to the New York Metropolitan Opera House -- if it agreed to stage an opera he had written. Unfortunately, the Met declined the generous offer, even though they found that the music was workable [source: BBC].

Pets often get special treatment from beyond the grave. While a testator can't bequeath assets directly to a pet, there are ways of ensuring their comfort long after you're gone. "Queen of Mean" Leona Helmsley did a not-so-mean thing when she set up a $12 million trust for her dog Trouble. Sadly, two of her grandchildren received nothing at all [source: Associated Press]. Singer Dusty Springfield had a clause that a bequest be used to purchase a lifetime supply of her cat Nicholas' favorite meal -- imported baby food. It also called for Springfield's nightgown to line Nicholas' bed and for her music to be played for her special feline each evening [source: AOL Finance].

Some people are so close to their work that they decide to become part of it -- literally. Ed Headrick, an inventor at the toy company Wham-O, is credited with perfecting the design for the modern Frisbee. Ed was so enamored of his accomplishment, he requested that his ashes be molded into memorial versions of the disc and that the money from their sale be used to open a Frisbee museum. Marvel Comics writer Mark Gruenwald's will called for his ashes to be mixed with ink and used within the pages of a comic book. 4,000 "ink and ashes" issues of Squadron Supreme were produced after his untimely death at 42 [source: AOL Finance].

Then there's the curious case of the Shavian Alphabet. Irish playwright George Bernard Shaw famously included a contest in his will that called for his fortune to be given to the person that successfully created a new English alphabet. The stipulation was that the alphabet be entirely phonetic and not Latin-based. Shaw contended that Latin was not a good language for translating English, leaving us with too many unusual word spellings. The Shavian Alphabet would have no less than 40 characters, each one corresponding to a sound. An Englishman named Kingsley Read shared the prize money with four other contestants among 400 entries [source: Omniglot].

You can find more information on wills and related topics below.