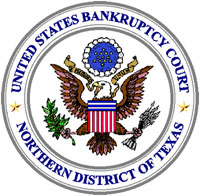 Bankruptcy is one of the most complex areas of law, incorporating elements of contract law, corporate law, tax law and real estate law. In recent years, several high-profile corporations like Enron, WorldCom and Adelphia have filed for bankruptcy. Although businesses only accounted for about 2 percent of all bankruptcy filings in the United States last year, commercial bankruptcies can have a big impact on the economy because there can be a lot of money at stake [ref].

In this article, we'll explain the different types of bankruptcy filings under United States law, figure out who pays what to whom, and describe the process of reorganizing a company and running it under bankruptcy.

All of the different kinds of corporate bankruptcy amount to the same problem -- a company has more debt than it can pay. In this situation, a company files for bankruptcy. This gives it legal protection from its creditors. The company can either get out from under the debt or work out a repayment plan and continue operating. A bankruptcy filing prevents creditors from trying to collect on debts outside the process of the bankruptcy filing itself.

What circumstances lead a company to file for bankruptcy? Sometimes debt grows over time until the business owners realize they have no hope of paying it off. The 2002 bankruptcy of Kmart is an example of this. Competition from other discount store chains led to a steady decline in sales, and the company began missing payments to their suppliers [ref].

Companies sometimes face a sudden loss of revenue that prevents them from paying their suppliers. For example, a printing company might draw 30 percent of its revenue from a single publisher. If that publisher moved its contract to a different company, the printer would lose almost a third of its revenue. However, it would still have to pay employee wages, health care plans, taxes, suppliers and all of its other bills.

A sudden, massive financial loss can result in instant debt without the revenue to pay for it. This is often the result of some wrongdoing on the company's part. A lawsuit or government fines can cost a company millions or billions of dollars. Scandals can also cause stock prices to drop. WorldCom was already struggling in 2002 when an accounting scandal became public. The scandal severely damaged the company and forced them into bankruptcy.

Creditors can also force a company into bankruptcy. They might do this if they discover that the owners are selling off all of the company's assets and preparing to dismantle the company without paying their debts. A creditor might also force a bankruptcy if the company is already making large payments to a different creditor.