Creating a Living Will 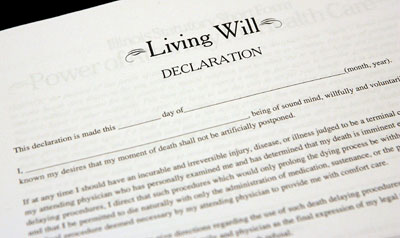 In the spring of 2005, an American woman named Terri Schiavo, who had been in a coma since 1990, became the center of a national debate about when to “pull the plug” on someone who is on life support, and who can make that decision. The Schiavo case consumed the attention of the American public, the news media and even the highest levels of the federal government. On March 21, 2005, Congress passed a bill transferring jurisdiction of Terri Schiavo’s case from a Florida state court to a U.S. District Court [ref].

­­­The two main par­ties in the conflict were Terri’s husband, Michael, and her parents, Bob and Mary Schindler. Several doctors had told Michael Schiavo that Terri was in a "persistent vegetative state" and that she had no hope for recovery, so he requested her feeding tube to be removed. The Schindlers disagreed and wished for the tube to remain in Terri. As her husband and court-appointed guardian, Michael Schiavo had the legal authority to have the feeding tube removed. And despite a legal battle lasting years and protests from high-ranking members of Congress, the courts sided with Michael Schiavo. (The United States Supreme Court refused several times to hear the case, instead upholding the decisions of lower courts.) On March 18, 2005, Terri Schiavo’s feeding tube was removed, and she died 13 days later. An autopsy revealed that her brain had shriveled to half its normal size and had suffered significant damage and scarring [ref].

The case of Terri Schiavo wasn’t the first of its type to become the center of a public debate. On April 14, 1975, Karen Ann Quinlan collapsed at a party after ingesting alcohol and valium. She survived but entered a persistent vegetative state. Her parents did not want to pursue “extraordinary means” to keep her alive, believing she was beyond recovery, but hospital officials wanted to keep her on a respirator [ref]. After two court cases, New Jersey’s Supreme Court awarded Karen’s parents legal authority over her medical care. Her parents removed her from the respirator, but Karen lived for ten more years before dying on June 11, 1985. Still, she never awoke from her coma before finally passing away.

Karen Ann Quinlan’s case established an important precedent regarding “right to die” cases. It also spurred debate about the subject and pushed many hospitals, nursing homes and hospices to establish ethics committees. Now, every state has laws about advance directives, commonly called living wills, and these documents have become an important tool for planning for one’s future medical care. It’s worth noting that Terri Schiavo did not have a living will, which likely contributed to the court battle surrounding her medical care.

A living will is a legal document that gives instructions for medical care in the event that someone is unable to communicate due to a severe injury, terminal illness or other medical condition. Also called a health care declaration, advance directive, medical power of attorney or patient advocate designation, a living will is not necessarily an easy subject to consider, but it is an important one. An estimated one third of Americans have had to decide whether to keep a loved one alive using “extraordinary means” [ref].

In this article, we’ll discuss why you may need a living will, how they work and how to avoid many of the ethical, legal and emotional complications that can accompany this process. We’ll also look at the issue of a health care proxy, someone whom you entrust with making medical decisions for you in case you can’t. 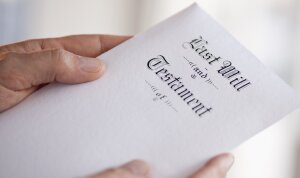 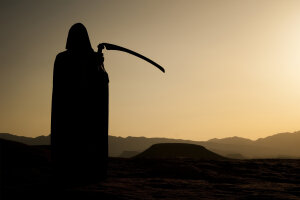