Disinheriting and Other Will Info 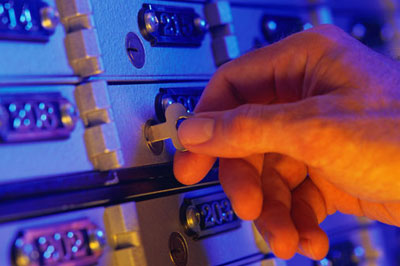 It's wise to store your will in a safe deposit box.
Stockbyte/Getty Images

Disinheriting a family member in a will is more common than most people think. In order to prevent your children from receiving assets from your estate, you must legally disinherit them by saying so your will. If the child is a minor, state laws will usually provide them with an allowance from the testator's assets until they reach the age of 18. Spouses are much more difficult to legally disinherit. Unless there's a prenuptial agreement that stipulates such action, all states prevent spouses from being completely cut off in a will. The set share for surviving spouses in most states is one-third to one-half of the assets. Attorneys generally discourage testators from attempting to cut a family member out of a will completely. Instead, they might advise their client to leave a small amount and include an in terrorum clause that prevents the beneficiary from receiving any assets if the will is contested.

Divorce can also complicate the terms of a will. In some states, divorce immediately makes the current will invalid. In others, only the parts of the will that apply to the spouse are revoked. No matter what state you live in, if you get a divorce, it's important to review the impact it has on your will.

Dying without a will, known as dying intestate, is a common occurrence. In all cases, probate appoints a personal representative to be in charge of your assets. This administrator acts as executor, pays all debts and inventories assets of the estate. The inventory is then turned over to the state and divided according to state law among the beneficiaries.

A lost will is another problem many families face. The specific circumstances and state laws determine the outcome in these cases. If there's an earlier will that was in the process of being revoked, sometimes the initial will is used. Photocopies of the will can be accepted in the case of wills lost by fire or other destruction. Wills should always be kept in a safe place, either a safe deposit box or home safe. It's also smart for your attorney to retain a copy.

If your will was properly drafted in one state, it's generally valid in another state, but it's wise to have it reviewed by an attorney. In some cases, the tax laws in your new state may favor your estate, so it can be financially advantageous to change the will.

Estate taxes are federal taxes that must be paid by the beneficiaries of the estate. The amount of money owed is established as a base amount, plus a percentage of the overall taxable estate. For instance, in 2006, if the taxable estate is more than $10,050, the estate tax would be $2,596, plus an additional 35 percent over and above $10,050 [source: IRS]. As you can see, estate taxes are hefty, and most wealthy people use various loopholes, tax shelters and trusts to prevent their beneficiaries from having to pay so much. Debate is non-stop on so-called death taxes and will continue as long as the Internal Revenue Service (IRS) demands such large percentages. Estate tax law is very complex. More information about the current laws can found at the IRS Web site.

In the next section, we'll take a look at living wills and why they're important.