Occupy Wall Street Protesters: Who is the 99 percent? 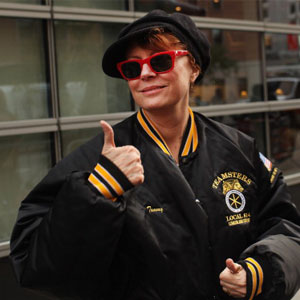 Although they aren't part of the 99 percent, Susan Sarandon and other celebrities support the Occupy cause.
Spencer Platt/Getty Images

On Sept. 9, 2011, a Tumblr blog called "We Are the 99 Percent" went live, and people began sharing their stories of unemployment, staggering healthcare expenses, lack of access to quality educations and other grievances. The "99 percent" slogan refers to the imbalanced concentration of wealth in the United States among the richest 1 percent of the population. Just like the Adbusters post and Anonymous video that sparked online conversations about how, where and when to start a mass demonstration against economic power players, the Tumblr blog infused the political with the personal, providing human context for the protest.

But offline, who are the people who have shown up for the Occupy Wall Street movement?

Initially, the mainstream media painted Occupy Wall Street as a ragtag bunch of out-of-work college graduates, anarchists and aging hippies. Based on data gathered from OccupyWallSt.org, one of the most-visited Occupy-affiliated sites, the typical protester defies those initial stereotypes of an unemployed, over-educated mob. Rather, the average American Occupy activist appears to be a college-educated white male between 25 and 44 years old, who has a full-time job [source: Captain]. Additionally, Occupy Wall Street isn't comprised of self-identifying Democrats. Seventy percent of those included in the October 2011 survey described their political views as independent [source: Captain].

In its early phases, the protest also attracted influential support -- particularly that of labor unions. Occupy Wall Street's demands for better jobs, wages and benefits for middle- and low-income America resonated within the employee advocacy groups that have historically battled and negotiated with businesses and corporations on behalf of their "99 percent" members. As of Nov. 1, 2011, some of the largest unions associated with Occupy Wall Street efforts around the United States include the following:

Now that we know who, for the most part, makes Occupy Wall Street tick, how does this long-term protest movement work?

On Sept. 19, two days after the initial Occupy Wall Street march, Roseanne Barr offered the first public celebrity endorsement of the protest movement. Since then, wealthy stars -- some of whom may rank among that super-rich 1 percent -- have stopped by Zuccotti Park to offer encouragement, including Kanye West, Alec Baldwin, Susan Sarandon, Russell Brand and Russell Simmons [source: Radar].