by Sarah Dowdey
NEXT PAGE 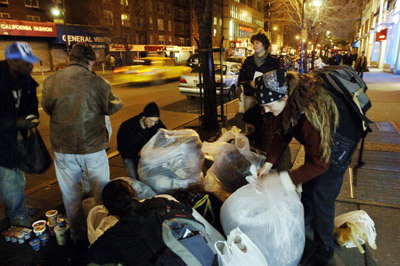 For most people, consumerism is an ingrained and unavoidable way of life. We work, we spend, we trash and we buy again. It's a cycle that seems all but inescapable in an industrialized society. But a group of people that call themselves freegans think they've found a way out -- a way to exit the consumer cycle and live off the grid. They scavenge instead of buy, volunteer instead of work and squat instead of rent. But there's a catch -- to live off the grid, they have to eat out of the trash.

That's right. Freegans are Dumpster divers who rescue furniture, clothes, household items and even food cast off by others. Freegans aren't homeless; in fact, most could easily afford to buy their own food. They've instead chosen to live what they believe is an ethical, unadulterated lifestyle and disassociate themselves from capitalism and consumerism.

The word freegan is a combination of "free" -- as in it's free because you found it in a dumpster -- and "vegan," a vegetarian who abstains from all animal products. Not all freegans are strict vegetarians, however. Some would rather eat found meat, dairy and eggs than let food go to waste.

Many freegans extend their beliefs beyond the food they eat. In addition to Dumpster diving, some freegans squat on abandoned property or grow gardens on empty lots. Some choose not to hold jobs and instead volunteer or teach repair workshops for other freegans.

Because the movement is so ideologically centered, critics accuse freegans of being hypocritical. After all, avoiding purchases in a developed nation is essentially impossible. If you're still buying gas and electricity to cook scavenged food, yo­u're still very much on the grid. Freegans, however, maintain that every little bit counts; each scavenged item helps minimize the cycle of consumption. And with Americans wasting 96 billion pounds of food a year -- a quarter of the nation's supply [source: EPA] -- do freegans have a point? Is society really so wasteful that people can subsist safely and happily on trash alone?

In this article we'll learn about the freegan philosophy, freegan techniques and the historical precedent of gleaning. 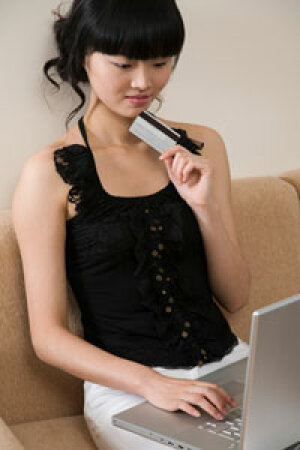 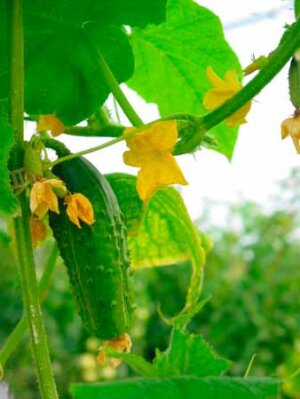