Is it true that only 53 percent of Americans pay income tax? 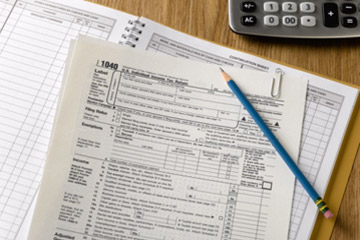 According to conservative opponents to the Occupy Wall Street movement, only 53 percent of Americans pay income tax. Is this true -- and does it matter? See more tax pictures.
Jeffrey Hamilton/Getty Images

In response to the Occupy Wall Street outcry over wealth and income inequality in America, conservative politicians and organizations are quick to point out that the richest Americans pay the largest share of taxes. For example, the top 20 percent of Americans earn 52 percent of the total U.S. income, but pay 87 percent of total income tax [source: Saunders]. To drive the point home, conservatives express shock at the fact that more than half of all Americans pay no federal income tax at all. Occupy Wall Street may be the "99 percent," but let's give some credit to the "53 percent" who keep the country in business, right? But is this statistic true?

In 2009, according to a memo from the Joint Committee on Taxation, a bi-partisan Congressional committee, only 49 percent of Americans owed money on their federal income tax returns [source: PolitiFact]. So yes, it's true that more than half of all Americans paid no federal income tax in the tax year 2009, and the number of people who did pay taxes was even lower -- 51 percent, not 53 percent. (For tax year 2018, the non-partisan Tax Policy Center estimated that 44 percent would pay no income tax, which means that 56 percent would be paying taxes.)

As with any statement of this nature, there are some qualifiers and distinctions to be made. First of all, these numbers refer to federal income taxes, not all income taxes and withholdings. Most workers have money withheld from each paycheck as mandatory contributions to the Social Security and Medicare trust funds. If you're self-employed, you pay 15.3 percent of your gross earnings in so-called payroll taxes. If you're employed by someone else, you pay 7.65 percent and your employer pays the same amount [source: Social Security Administration]. Many workers are also subject to state and local income taxes, property taxes and sales taxes, in addition to federal income taxes [source: Khimm].

That said, why don't 49 percent of Americans owe any federal income tax on April 15th? There are two main reasons: income level and tax benefits. The tax system in the United States is designed to be progressive, meaning that higher incomes are asked to pay a larger percentage in taxes. If your income level is relatively low, standard deductions and exemptions can quickly lower your tax burden to zero.

So who are the 49 percent of Americans who don't pay income taxes? The vast majority are the lowest income households, the elderly and young working families with children.