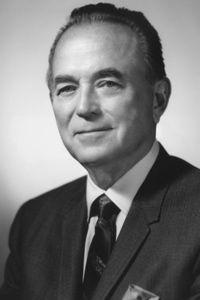 You've got to admit -- a lot of people think those fries are darn good. But to understand what made McDonald's Corp. so successful, you have to look at more than the food or Dick and Mac's Speedee System or even to Ray Kroc's dedication and savvy. Kroc himself attributed much of the company's success to a man named Harry Sonneborn [source: Love]. Sonneborn worked for McDonald's for a mere 10 years, but his real estate policies sealed the fate for the immensely successful company.

That all changed in 1956 when he hired Sonneborn, who convinced him that the real money was in real estate. Sonneborn's idea was to have the McDonald's company lease a plot of land and the building for each restaurant. The company would then sublease to the franchisee who would run the restaurant. Sonneborn further developed the plan to eventually take out mortgages to own both the building and the land. [source: Love]. Kroc soon established the Franchise Realty Corp. to find willing landowners.

­­At first, McDonald's charged franchisees markups of 20 percent of lease costs, but it eventually increased this to 40 percent. Franchisees were responsible for insurance and taxes, ensuring a steady profit for the company as long as the restaurant stayed in business.

­But that's not all: The rent due to McDonald's could be even more if the restaurant was doing well. The franchisee had to pay either the stipulated lease markup or 5 percent of the sales -- whichever was higher. Kroc and Sonneborn also requested up-front security deposits from the franchisees. Unbeknownst to the franchisee, this capital would fund the opening of more restaurants. Overall, this created a symbiotic relationship between the franchisee and the company -- McDonald's Corp. had a vested interest in the ongoing success of its individual restaurants [source: Love].

In his autobiography, Kroc fostered bitterness between himself and Dick, the surviving McDonald brother. Not only did Kroc consider the Des Plaines location -- rather than the San Bernardino location -- the first McDonald's, but he also considered himself, not Dick and Mac,  the founder. While the company acknowledges that Dick and Mac were pioneers of the fast food industry, they point out that Kroc in fact founded McDonald's Corp. [source: Gilpin].