The Evolution of White-collar Crime 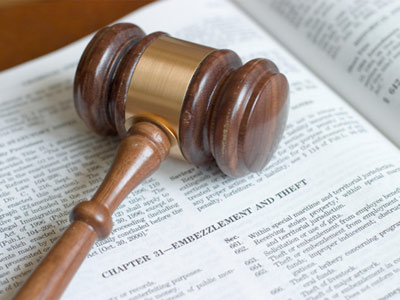 It's worth taking ­into account that although corruption may be old as dirt, the theories that shape how we think about it are rather new. The concept of white-collar crime didn't come about until well into the 20th century.

A prominent sociologist, criminologist and president of the American S­ociological Society, Edwin Hardin Sutherland, coined the term in 1939 to address what he saw as a bias in U.S. law enforcement. He pointed to how law enforcement focuses on the theft or violent crime of the lower classes and largely ignores the shady practices of the elite, business class.

In his speech to the society, Sutherland questioned the overarching presumption that conditions of poverty are what principally motivate crime. He went on to write an important book on the subject entitled "White-collar Crime" in 1949. His ideas proposed a radical new approach to thinking about crime -- they shifted the focus from the crime itself to its perpetrators.

Clearly, Sutherland's take on this kind of crime proved influential, as the term would eventually make its way into common parlance. But, his specific theories weren't embraced by everyone, and other theorists have pointed to flaws and argued alternative ways to think about white-collar crime.

For instance, statistics have shown that these kinds of crimes aren't restricted to the elite business class -- people from all levels of an organization and social classes commit the kind of fraud Sutherland describes. Anybody can overhear a tip and participate in insider trading, for instance. To account for these stats and align with the American ideal that law shouldn't discriminate based on social class, the terms "corporate crime" and "occupational crime" have been proposed as alternatives.

Another perceived flaw in Sutherland's theory is that it fails to distinguish illegal crime from mere deviant behavior. In other words, under his definition, not all white-collar crime is really crime -- it isn't forbidden by law in the United States or elsewhere. For purposes of sociology, this isn't a huge problem -- in fact, it's helpful. For instance, a broad definition of white-collar crime allows for reform that broadens the official laws against it. It also helps to carry over the concept into other societies outside the U.S. that might have very different ideas and laws of what constitutes white-collar crime.­

­But regarding discussion of law and its enforcement, there's less room for ambiguity. Lawyer and sociologist Paul Tappan has argued to restrict the definition to only that which is illegal. Tappan's strict definition certainly applies to the law school courses and law books that specialize in white-collar crime. However, even among law books, there's disagreement about what falls in the category of white-collar crime. Interestingly, the scope of white-collar crime in a law book is broader, in a sense, than Sutherland's view because it includes some crimes committed primarily by lower-level employees. For example, you probably won't find well-to-do businessmen posing as telemarketers and calling unsuspecting victims.

In the end, no one can agree on a definition or an exhaustive list of what constitutes white-collar crime. All definitions come up short -- even our own humble attempt earlier in this article. For instance, many definitions stipulate that the crimes are nonviolent, but, what about when a company's toxic waste threatens a community's health?