by Marshall Brain
NEXT PAGE
Counterfeiting is one of the most common scams around. Image Source / Getty Images

The allure of counterfeiting is obvious. If you could do it without getting caught, you would be able to print your own money and buy whatever you want with it. Counterfeiting is the ultimate technology for people who want to get something for nothing.

In the not-too-distant past, counterfeiting was a difficult and expensive endeavor. It required large printing presses and the ability to cut intricate designs by hand into metal plates. Today, it's much easier to create counterfeit bills. As thousands of teenagers discover every year, if you're willing to break the law, you can create fake money with a PC, a scanner and a color inkjet printer in about 10 minutes.

In this article, we will look at the technology of counterfeiting. You will learn about the techniques that you might use if you wanted to create your own counterfeit bills. We'll also discuss the punishment that you will receive when you get caught trying out these techniques. In the process, you will learn how to detect "funny money" yourself and also discover whether the U.S. money supply is vulnerable to collapse from a sea of counterfeit bills.

Let's say that you would like to start a life of crime by creating your own counterfeit currency. The easiest way to print your own money is to use your PC. If you own a scanner and a printer, it is pretty easy to get started.

The first thing you would do is put a $20 bill on your scanner. Then you would set the scanner for its highest resolution -- perhaps 1,200 or 2,400 DPI -- and scan an image of the bill. Your scanner would drop a 5 to 10 megabyte file on your hard drive, which you'd print out to use as money.

However, your stint as a counterfeiter wouldn't be very successful. The $20 bill that's been in circulation in the United States since late 2003 is one of the high-tech counterfeit-proof bills from the U.S. Treasury. If you zoom in on different areas of the bill and look at them closely, you can see a number of features designed to deter "casual counterfeiting."

We'll look at the specific features on the face of the bill in the next section. 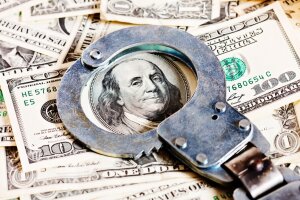 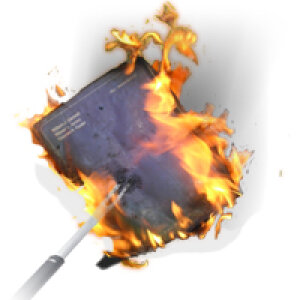