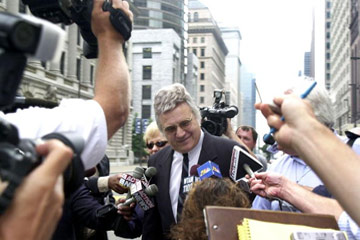 The Internal Revenue Service (IRS) employs more than 22,000 people in its Compliance and Enforcement division. Approximately 13,000 of these folks are called revenue agents, and they have the thankless task of conducting tax audits. An audit is a thorough examination -- in person or via mail -- of all financial documents and accounts related to an individual or corporate tax return. An audit can uncover clues that could lead to a formal investigation of tax evasion. In 2011, the IRS conducted 1,564,690 audits of individual tax returns, representing 1.11 percent of the total. Interestingly, the IRS audited 12.48 percent of tax returns reporting income of more than $1 million [source: Internal Revenue Service]. That's one out of every eight rich-people returns!

The IRS Criminal Investigation (CI) division is the unit tasked with compiling evidence that can be used to prosecute tax evaders. A team of 2,698 IRS special agents work in four separate areas:

Due to the nature of modern financial crimes, CI agents must be adept at recovering information from encrypted computer systems and global networks [source: Internal Revenue Service]. If Criminal Investigations determines that there is sufficient evidence to support a prosecution for tax evasion, it notifies the Tax Division of the U.S. Department of Justice (DOJ) [source: Internal Revenue Service]. The DOJ then determines whether or not to pursue the case.

The CI unit of the IRS has one of the highest conviction rates in federal law enforcement [source: Internal Revenue Service]. In 2011, CI initiated 4,720 investigations, brought indictments in almost 3,000 cases and imposed sentences in 2,730 cases. Clearly, not all of the sentences were for investigations initiated in 2011. But if you look back over the past decade, the IRS initiates an average of 4,000 cases each year. To land convictions and sentences in more than half of those cases is remarkable [source: Internal Revenue Service].

Tax evasion is a felony. If convicted, sentences include the payment of all owed taxes, penalties as high as $100,000 for individuals and $500,000 for corporations, and up to five years in prison [source: Legal Information Institute].

For lots more information on famous tax evaders, the Internal Revenue Service and the dreaded audit, explore the links on the next page.