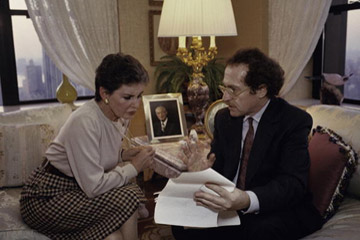 The Internal Revenue Service (IRS) can only tax income that it knows about. For a bold segment of the taxpaying public, this is an invitation to hide as much money from the IRS as possible. Hiding money is a form of underreporting income in which there is no question that the perpetrator is committing tax evasion. You don't "accidentally" deposit millions of dollars in gambling winnings in an untraceable offshore account. This type of tax evasion requires a knowing intent to cheat the system and is punishable by significant jail time.

Money laundering is a prime example of evading taxes by hiding the source and amount of income. Money laundering is an attempt to disguise illegal income -- from a drug operation, illegal gambling ring or other form of organized crime -- as legitimate income, or to erase evidence of the income altogether.

In the past, money laundering was primarily accomplished through a front, or shell company, two terms describing an incorporated legitimate business with no real function other than to "clean" dirty money from an illegal activity [source: Legal Information Institute]. The classic example is a beauty salon or a dry cleaning business that never seems to be open. The money launderers draw up fake invoices and receipts to create the appearance of a thriving business. But instead of earning real income, the money launderers deposit funds earned from the illegal activity. The downside of traditional money laundering is that criminals still have to pay taxes on this phony income.

Today, thanks to a largely electronic banking system, modern money launderers have become experts in hiding both the source and destination of money through complex international banking transactions. For example, a money launderer can set up hundreds of separate bank accounts around the world in different names. He can then deposit small amounts of dirty money in each account so as not to draw attention. This is called layering. Withdrawals from these accounts are equally complex and layered, making it hard for investigators to follow the paper trail.

Foreign or "offshore" bank accounts are a popular place to hide both illegal and legally earned income. By law, any U.S. citizen with money in a foreign bank account must submit a document called a Report of Foreign Bank and Financial Accounts (FBAR) [source: Internal Revenue Service]. But that doesn't stop millions of Americans from secretly funneling money into untraceable offshore accounts.

The IRS initiated a voluntary offshore disclosure program in 2009, promising limited penalties and no criminal prosecution to people who come clean about unreported money in foreign banks. So far, it has collected $4.4 billion in back taxes from 33,000 separate voluntary disclosures [source: Internal Revenue Service]. Also in 2009, the United States signed a treaty with Switzerland to gain unprecedented access to the Swiss bank accounts of Americans suspected of tax evasion [source: Internal Revenue Service].