How are U.S. taxpayer dollars spent? 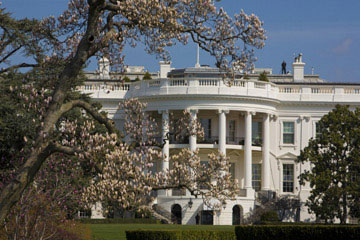 After we write the big check to Uncle Sam every year, what happens to the money? See more pictures of Washington, D.C..
George Rose/Getty Images

Your federal income tax dollars help to pay for the items on the federal budget. In fiscal year 2010, the government collected $2.4 trillion in tax revenue, but spent $3.5 trillion. The gap between revenue and spending is known as the budget deficit. The money the federal government borrows to cover the budget deficit is what creates the national debt, which stood at $14 trillion at the end of 2011 [source: WhiteHouse.gov].

Who writes the federal budget? The federal budget begins as a "budget request" by the president, which is a detailed proposal of how the government should spend its money in the upcoming fiscal year and where those funds should come from [source: Center on Budget and Policy Priorities]. The House and Senate Budget Committees then draft their own budget resolution, which must be passed by both houses of Congress and signed by the president.

In recent years, 80 percent of the federal budget has been spent on five major items:

What exactly are "safety net" programs? These are government initiatives that give extra financial support to the elderly, unemployed, disabled and the poor. Examples include the earned income tax credit, child tax credits, Supplemental Security Income for the elderly poor, unemployment insurance, food stamps, subsidized school meals, low-income housing assistance, energy assistance and more [source: Center on Budget and Policy Priorities]. In recent years, critics of these initiatives have labeled them "entitlement" programs.

According to data on the official federal spending website, USAspending.gov, the federal agencies that received the most budget dollars in fiscal year 2011 were:

The federal government spends its money in four major ways: direct payments, grants, contracts and insurance. In 2011, the largest chunk of the federal budget was spent on direct payment to individual taxpayers (42 percent) through Social Security benefits ($773 billion), VA benefits ($39 billion), and the federal Pell Grant program for low-income college students ($33 billion) [source: Office of Management and Budget]. So, a lot of your tax dollars go directly to fellow Americans.

The Department of Defense accounts for nearly 70 percent ($373.9 billion) of all federal money spent on contracts. In 2011, Lockheed Martin Corporation was the big winner, receiving $38.6 billion in government contracts [source: Office of Management and Budget]. Maybe you should buy some stock.

Surprisingly, the Department of Homeland Security spends most of its federal money on insurance ($126.3 billion), mostly flood insurance payments through FEMA and its National Flood Insurance Program [source: Office of Management and Budget].

What about money spent on foreign aid? The U.S. Agency for International Development (USAID) received $13.5 billion in 2011. That was about $3 billion less than the government spent on NASA [source: Office of Management and Budget].

For a detailed breakdown of how your personal tax dollars are spent, try the Tax Receipt Calculator on WhiteHouse.gov. Enter the amount you paid in payroll taxes in 2010 (called FICA on your paystub) and the amount you paid in income tax. The calculator will show exactly how much you contributed to each federal budget item. For example, a married couple with two children earning $80,000 will pay $1,015 to national defense ($11.59 goes directly to the FBI) and $139 to food stamps [source: WhiteHouse.gov].

For lots more information about income taxes, the federal government and political battles, explore the related links on the next page.

I love the Tax Receipt Calculator on WhiteHouse.gov. It's highly informative and not a little shocking to see exactly how my tax dollars are spent. But my question is, why don't all Americans receive a similar receipt when we file our taxes? There's that graph of federal income and outlays we receive with our tax instruction booklets, but what about individual tallies? We expect a receipt from every other financial transaction in our lives. If the corner store gives me a receipt with my pack of Slim Jims, shouldn't the federal government give me a receipt for my generous (if compulsory) contribution to the national piggy bank? Wouldn't it be nice to receive a kindly written thank-you note from the IRS attached to a detailed receipt of how every cent of our tax dollars would be spent that year. It's not that hard. It's just a matter of plugging a number into the existing budget. I think even the feds could handle that...