Who writes and enforces the U.S. tax code? 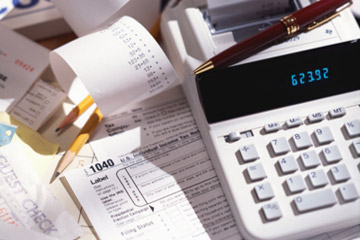 If you think filling out tax forms is a pain, just imagine how complicated the laws that created them are. See more pictures of taxes.
Rita Maas/Getty Images

If you think that tax forms are unnecessarily complicated, wait until you see the tax code. Officially called the Internal Revenue Code, the tax code is written by Congress and is currently more than 3.7 million words long [source: Olson]. Luckily, the tax code wasn't written all at once. Rather, it's a compilation of all tax laws written and passed by Congress since the ratification of the Constitution in 1788.

The Constitution gives Congress the power to levy taxes for the collection of revenue. Article 1 Section 8 of the Constitution reads, "The Congress shall have Power to lay and collect Taxes, Duties, Imposts and Excises, to pay the Debts and provide for the common Defence and general Welfare of the United States." However, income tax as we know it didn't exist until the ratification of the 16th Amendment, in 1913.

The Internal Revenue Code was first compiled in 1939 and underwent major revisions in 1954 and 1986 [source: U.S. Census Bureau]. It comprises Title 26 of the U.S. Code, an updated volume of federal law maintained by the Office of Law Revision Counsel of the House of Representatives.

The tax code is so long and complicated because it includes every tax law designed to promote a specific cause or benefit a certain constituency. Sometimes Congress uses the tax code to promote social welfare, such as a tax break for low-income housing construction. Congress also alters the tax code to stimulate economic growth, perhaps by making it easier to take business deductions. Other changes to the tax code are strictly political rewards for special interest groups that support congressmen during their election campaigns [source: Nolo].

We know who writes the tax code, but who enforces the rules within? Find out on the next page.

The IRS and the Tax Code

Congress writes tax laws, but it's the job of the Internal Revenue Service (IRS) to implement them. In other words, Congress set the rules, but the IRS has to explain how those rules are applied in different situations. It does this primarily through Treasury Regulations and Revenue Rulings, written regulations and procedures that are four times as long as the tax code itself [sources: U.S. Census Bureau and Nolo.com].

The IRS is also primarily responsible for enforcing tax laws and regulations. Filing and paying income tax is "voluntary," meaning the IRS allows individuals and businesses to calculate what they owe. But paying taxes isn't optional; it's right there in Title 26 of the U.S. code [source: Internal Revenue Service]. Still, many Americans choose not to pay taxes. In fact, Americans owed $330 billion in unpaid taxes by the end of 2010 [source: U.S. Government Accountability Office].

If you don't pay your taxes, the IRS will initiate a collection process. The process starts with a bill in the mail. If you fail to pay or file for an extension or installment plan, the IRS will send collection agents to seize your assets [source: IRS]. If the IRS finds irregularities in your tax filings, it will issue an audit of your financial records. Taxpayers have the right to fight any decision by the IRS and file a petition in U.S. Tax Court [source: U.S. Tax Court].

The IRS also comes after people who exploit the tax system for criminal purposes. Special agents with the IRS Criminal Investigations division go after individuals and corporations that try to evade taxes through fraudulent filings or record keeping [source: IRS]. The IRS also investigates money-laundering schemes where criminals try to hide income from illegal sources. Remember that Al Capone was convicted of tax evasion, not murder or racketeering. Such criminal tax cases are heard by federal courts and can be appealed all the way to the Supreme Court [source: Nolo].

For lots more information on taxes, tax cheats and tax history, see the links on the next page.

How Bankruptcy Fraud Works
Are there IRS deductions for people with new jobs?
Study Tips for the GMAT