What Is an Injured Spouse? 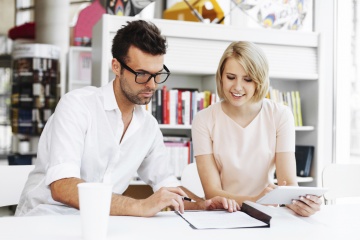 One spouse’s tax refund can be applied to the other’s debt.
BartekSzewczyk/iStock/Thinkstock

The IRS has a funny way of naming things, and the term "injured spouse" is a prime example. To understand what an injured spouse is, it helps to ignore what it sounds like. An injured spouse is simply someone whose tax refund is used to cover the past-due debts of a spouse or ex-spouse.

When married taxpayers file a joint return, each spouse has an interest in the jointly reported income and in the debt. The IRS does not automatically distinguish between you and your partner when collecting tax dollars from either of you, even if the debt existed well before the marriage. But it could — if you file the injured spouse form. As an injured spouse, you ask the IRS to pay attention to which member of the couple has a refund and which has the debt.

It's not just federal tax debt that gets collected. A potential refund could be used to offset past-due child support, defaulted student loan payments, state or local taxes, or any other money owed to a state or federal agency. The IRS will inform you and your spouse if an offset takes place. A formal Notice of Offset will be mailed to the taxpayer's address, which gives the taxpayer time to respond by filing Form 8379 as an injured spouse [source: IRS].

For example, take newly married, theoretical couple, Robin and Jamie, who are filing taxes jointly for the first time. Robin has always filed individually in the past and is used to getting a nice refund. Jamie doesn't usually receive a refund because the IRS garnishes any tax overpayments to cover his past-due student loans.

Once they file as a couple, Robin's refund will be used to cover Jamie's back student loan payments. By filing for injured spouse relief, Robin is asking the IRS to keep her refund away from Jamie's debt.

The IRS takes many things into account when calculating how much the injured spouse might be due. There are two formulas used, including subtracting Robin's share of joint liability from her share of the credits and income. There is also a separate tax formula, which looks something like this [source: IRS]: