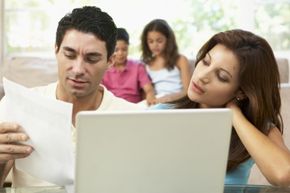 Marriage is all about sharing — your lives, your home, the kids, the dog. But do you also share your past debt? If you file taxes jointly, the answer is yes. Debt owed by one spouse for back taxes, back child support or even defaulted student loans will likely impact any potential tax refund owed to the other.

But there are cases in which one spouse can get relief from a partner's bills. One way is to apply for injured spouse relief through the Internal Revenue Service (IRS). "Injured spouse" is a loaded term, but it has nothing to do with abuse or physical injury. It's more about separating what you owe from what your husband or wife owes. If you're found to be an injured spouse, the IRS will give you a refund based on your income and taxes due, despite your joint filer's debt.

You might be happy to lend a tax refund to a partner in need, or you might prefer to use your refund to reduce debt of your own. Either way, it helps to understand your options.

What Is an Injured Spouse? 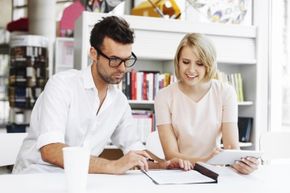 One spouse’s tax refund can be applied to the other’s debt.
BartekSzewczyk/iStock/Thinkstock

The IRS has a funny way of naming things, and the term "injured spouse" is a prime example. To understand what an injured spouse is, it helps to ignore what it sounds like. An injured spouse is simply someone whose tax refund is used to cover the past-due debts of a spouse or ex-spouse.

When married taxpayers file a joint return, each spouse has an interest in the jointly reported income and in the debt. The IRS does not automatically distinguish between you and your partner when collecting tax dollars from either of you, even if the debt existed well before the marriage. But it could — if you file the injured spouse form. As an injured spouse, you ask the IRS to pay attention to which member of the couple has a refund and which has the debt.

It's not just federal tax debt that gets collected. A potential refund could be used to offset past-due child support, defaulted student loan payments, state or local taxes, or any other money owed to a state or federal agency. The IRS will inform you and your spouse if an offset takes place. A formal Notice of Offset will be mailed to the taxpayer's address, which gives the taxpayer time to respond by filing Form 8379 as an injured spouse [source: IRS].

For example, take newly married, theoretical couple, Robin and Jamie, who are filing taxes jointly for the first time. Robin has always filed individually in the past and is used to getting a nice refund. Jamie doesn't usually receive a refund because the IRS garnishes any tax overpayments to cover his past-due student loans.

Once they file as a couple, Robin's refund will be used to cover Jamie's back student loan payments. By filing for injured spouse relief, Robin is asking the IRS to keep her refund away from Jamie's debt.

The IRS takes many things into account when calculating how much the injured spouse might be due. There are two formulas used, including subtracting Robin's share of joint liability from her share of the credits and income. There is also a separate tax formula, which looks something like this [source: IRS]:

Who Qualifies for Injured Spouse Relief? 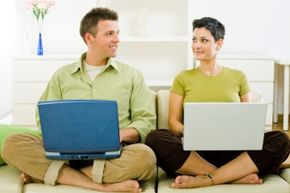 It helps to familiarize yourself with the differences between innocent and injured spouse relief.
nyul/iStock/Thinkstock

Before filing Form 8379, ask yourself whether you are indeed an injured spouse. The IRS has an online quiz to help. Here are the general requirements:

An injured spouse is not someone who has been lied to or misinformed about debt incurred within the marriage. Individuals in that situation might qualify for innocent spouse relief. An innocent spouse is someone who shouldn't be held responsible for items filed on a joint tax return that they did not know about.

For example, during the years that Jamie and Robin are married, Jamie handles all of the finances. Robin assumes Jamie is diligently paying his income taxes; she doesn't know he's hiding or underreporting his own income. Over the years, problems cause Jamie and Robin to separate, and Robin discovers she's jointly liable for paying a tax bill Jamie had been ignoring. In this scenario, Robin would be considered an innocent spouse.

How to File an Injured Spouse Form 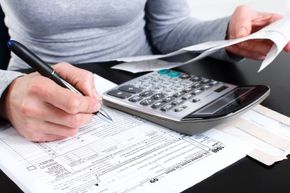 You can file form 8379 with your tax return or on its own.
Mackon/iStock/Thinkstock

If you believe you're an injured spouse, you can file the federal Form 8379 for each year you're seeking relief. The form can be filed electronically or by mail, along with your tax return or on its own after you have filed your taxes.

If you mail a hard copy of Form 8379 with your 1040 tax return, you can write "Injured Spouse" on the top to make sure the IRS is aware before offsetting your refund. If you're filing the form separately from the return, make sure to list the Social Security numbers for yourself and your spouse in the same order they appear on your 1040 or related forms [source: IRS].

Form 8379 is relatively easy to complete. It begins with a series of yes/no questions to help determine whether the filer qualifies. It helps to have a copy of the joint tax return handy to itemize your income, adjustments, credits and payments. When you do file 8379, you should attach copies of W-2 or 1099 forms showing tax withholdings [source: TaxAct].

Innocent spouse relief has recently been expanded to take into account abuse and controlling spouses. You can learn about special rules that apply in the IRS's "Publication 971: Innocent Spouse Relief." 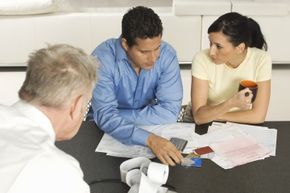 In some states, refunds are considered to be joint property.
moodboard/Thinkstock

Injured spouse rules and calculations are different in community property states: Arizona, California, Idaho, Louisiana, Nevada, New Mexico, Texas, Washington and Wisconsin — and sometimes Alaska, for couples who've signed a community property agreement. In these states, refunds and debt are generally considered to be joint property, and one spouse's refund can be used to pay the other spouse's debt [source: Erb].

However, even in community property states, there are ways to prove that a spouse's debt is not your own. For example, if Robin and Jamie have a premarital agreement that states Robin will have no part of Jamie's debt, the IRS will consider it [source: IRS]. If you can prove you're an injured spouse in one of these states, you might still get a refund, but the refund calculation will more than likely be a 50/50 split [source: Nolo].

As obscure as injured spouse relief might seem, marrying someone with debt is quite common. While writing this story, I came up with three things couples can do to avoid having to file as an injured or innocent spouse.

1. Before marriage, get to know your partner's credit and debt history just as you would his or her family and health history. Don't be afraid to discuss things like credit history, bill-paying habits, and spending and saving philosophies with a potential spouse.

2. When filing as a married couple for the first time, consider whether it makes sense to file separately or jointly [source: TaxAct]. For most couples, the standard deduction is higher when reporting joint income, and deducting combined expenses can lower a tax bill. But when a spouse has serious debt, filing separately could be advantageous. For this reason, it makes sense for newlyweds to get professional tax advice.

3. Regardless of how much you love and trust your spouse, share responsibility for finances and bill paying. Even if you consider yourself bad with money or numbers, get to know your tax returns and take the time to scan the numbers before you sign. If you work with an accountant, don't be afraid to ask questions about areas of the return you don't understand. 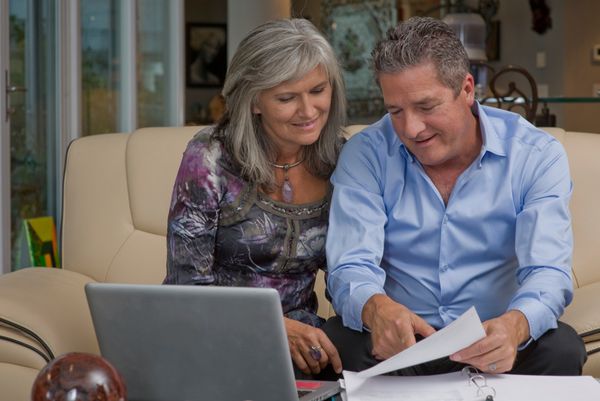 Up Next
Are you responsible for your new spouse's back taxes?
Explore More 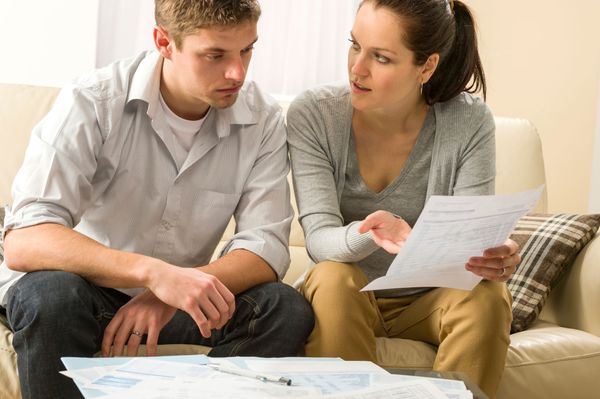 You May Like
Can married people file separate tax returns?
Explore More 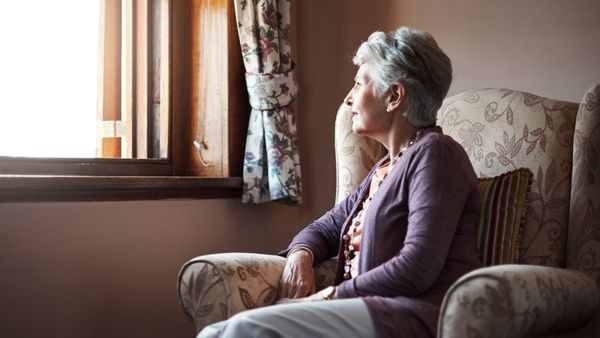