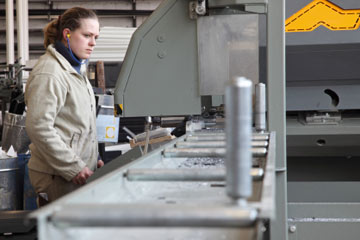 People do hold down real jobs to put themselves through school. Hats off. If you're qualified for a subsidized loan, you may not have to.
©iStockphoto/thelinke

Depending on the type of loan you get, you may be able to stave off the accrual of interest during certain periods. Loans that are subsidized don't accrue interest during certain periods; unsubsidized loans don't include this attractive feature. In the U.S., the federal government pays the interest that builds up on loans it subsidizes while the student is in school. When you emerge a graduate, you will begin your repayment without an additional hefty four or five years of interest attached.

Loans that may be subsidized are federal in nature. The U.S. Department of Education makes interest payment on its subsidized Stafford loan and on Perkins loans. Not every federal student loan is subsidized, however. Stafford loans may be issued with unsubsidized terms and federal PLUS loans are always unsubsidized.

The decision over government subsidization of a loan is based on financial need. The lower the household income, the likelier the student will qualify for a subsidized loan. Around two-thirds of subsidized Stafford loans go to families with adjusted gross incomes for the household of $50,000 or less [source: FinAid].

If you don't qualify for subsidization, don't worry about having to get a nine-to-five job while you're in school, just to make the payments on your student loans. Unsubsidized loans, as well as most student loans from private lenders like banks, include a deferment period from the beginning of enrollment, throughout school and to three or more months following graduation. The interest will accrue during this time, but you won't have to pick up payments until you've had a couple months to get on your feet after you graduate.

Now that you've got your mortarboard, a job and a new life, it's time to begin the long, long journey of repaying your student loans. Read about what you can expect on the next page.