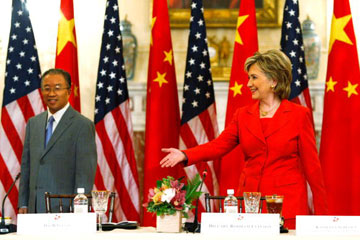 The concept behind microlending is a simple one: A $25 dollar loan in the U.S. translates into much more when exchanged for the local currency of a developing nation. On August 10, 2009, 25 U.S. dollars could be exchanged for 73.4 Peruvian soles [source: XE]. You can see how a loan of 1,000 U.S. dollars -- aggregated from a number of individual investors on a microlending Web site -- can really help an entrepreneur start or nurture a small business.

The spirit of capitalism pervades the concept of microlending. With their loans, entrepreneurs can purchase the items they need to support their businesses until they're self-sufficient. Since microlending has taken off around the globe, it's helped make capitalism the standard economic system of an increasingly globalized world.

Some democratic theorists believe that free market capitalism in a globalized world economy reduces the chance that international conflicts will become wars. Once countries become interdependent, trade between nations becomes too valuable to risk by going to war [source: Bandow]. Under this theory, microlending helps prevent conflict by funding budding capitalist enterprises. Microlending contributes from the ground up; it's the opposite of trickle-down economic theory. This is one reason the Nobel Committee awarded Muhammad Yunus the Peace Prize in 2006. "Lasting peace cannot be achieved unless large population groups find ways in which to break out of poverty," the Committee stated of its decision [source: Lovgren].

Microlending has also proven its worth in developed nations. In the U.S., the microloan became a vital tool during the economic crisis that began in 2008. Under the banner of the Small Business Administration (SBA), the U.S. government stepped up funding of its microloan program to $50 million in 2009, an increase of $30 million over 2008 [source: Olson]. These loans proved crucial aids for American small business owners in keeping their enterprises running during the recession -- a time when traditional banks decreased lending and increased criteria for applicants.

While it's truly a noble cause and has helped a great many people climb out of poverty, microlending does have its critics -- and corruptors.