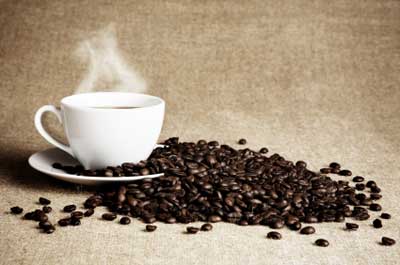 We might not give it a lot of thought at the cash register, but some of the products we buy travel around the world to reach us. From fruits and vegetables to manufactured goods, you can trace various products back through the retailers, wholesalers, transporters and middlemen to many of the world's i­mpoverished areas.

When you buy an espresso at the local coffee shop, a lot of the freshness and quality of the original handpicked beans comes through in the finished product. But how much of the money you paid actually makes its way back to the impoverished laborers who picked the beans? Not much. And when you figure in the dropping price of coffee and the high tariff barriers intended to keep imported goods from outselling domestic goods, the profit for farmers sinks even lower.

But what if you paid a little more for that espresso so that more money would reach the farmer at the bottom of the production line? Fair trade products allow consumers to do just this. The fair trade movement sets out to empower producers at the local level by paying them fairer wages for their labor, strengthening their local living conditions and giving them a stronger voice in the market.

While governments and global organizations continue to wrestle with the best ways to manage free trade from an international perspective, fair trade advocates have been trying to make a difference from the consumer end since the late 1980s. Instead of waiting for global and national groups to change the rules that govern business, they simply changed the way they did business.

How do fair trade businesses and organizations carry this out? It's all in the label. 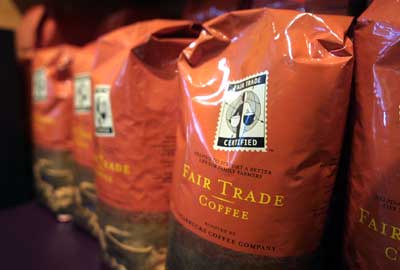 The basic concept is simple, but enacting it in the world of international business is more involved. After all, you can't just hand the cashier at the candy store a few extra dollars and tell him to pass it on to the family who grew the cocoa.

The modern, fair trade movement began in the 1950s with Alternative Trade Organizations (ATO). Humanitarian groups started ATOs to help alleviate poverty in developing nations. They did this by cutting the middleman out of trade between small producers in the Northern Hemisphere and small businesses in the Southern Hemisphere. This meant more direct profits for workers in developing nations.

In 1988, Dutch ATO Solidaridad proposed a labeling system to help introduce products into mainstream markets without compromising consumer trust in their humanitarian efforts. Since then, fair trade has grown into a globalized initiative. A number of fair trade products ranging from wine to soccer balls are currently available. Product availability varies from country to country, but one of the most widespread and well-known fair trade items is fair trade coffee.

Fairtrade Labelling Organizations International (FLO) oversees fair trade certification on the production end, inspecting farms and facilities in several countries. They ensure agricultural products are produced by small farms and that those involved are engaged in a democratically-operated cooperative. The farms must also follow basic environmental, health, safety, labor and human rights regulations.

To ensure these standards and to justify the higher-than-market fair trade prices, customers want to know which products they can put their conscious-driven spending dollars behind. National fair trade labeling organizations such as TransFair USA and the European Fair Trade Association work with the FLO to handle product labeling.

In some cases, the additional funds created through fair trade pricing go toward the improvement of local conditions, especially in cases where laborers have no ownership in production. This sum, paid in addition to fair trade prices, is called a social premium. These funds help establish scholarships, health care programs, better sanitation and small-business loans in some impoverished areas.

Fair trade products are often high quality or organic. But beyond these qualities, consumers are usually willing to pay more because they believe the producers have a basic human right to fair wages and living conditions.

Despite its humanitarian aims, the fair trade movement has its share of critics. On the next page, we'll look at some of the pros and cons of fair trade.

A lot of time and money goes into creating standards for fair trade products, which is why a limited number of products are currently available with fair trade certification. The movement focused initially on tea and coffee growers, and for this reason, coffee continues to be one of the more successful fair trade products. In recent years, fair trade bananas and cotton have become top sellers. 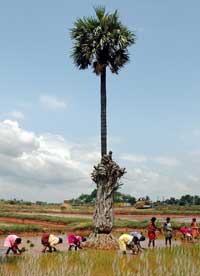 Explore the links on the next page to learn more about fair trade.