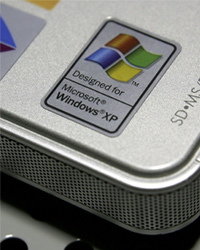 Microsoft dominated software during the rise of the computer age.
Justin Sullivan/Getty Images

Whether you love it or hate it, you can't deny that Microsoft has had a sweeping impact. At the emergence of the computer age, the company got a head start by developing the operating system (OS) for IBM's personal computer (PC) in 1981. Since then, Microsoft's ability to adapt to new developments and challenges has kept it at the top of the industry.

In the race to develop software for the non-techie community, Microsoft used its OS to dominate the market -- specifically, its Office suite of applications for word processing (Microsoft Word) and spreadsheets (Microsoft Excel). What's more, any other company that wants to develop software that's compatible with the OS has to pay royalties (licensing fees).

This market dominance allowed Microsoft to get in on the rising Internet phenomenon in the 1990s. Though Microsoft was a relative latecomer on the scene, the company developed a Web browser, Internet Explorer (IE), and pitted it against Netscape, which was considered a superior browser [source: Marks]. But by attaching IE to the rest of its successful applications in the Office suite, Microsoft gained a stronghold in the information superhighway and beat out its competition.

In "Business Darwinism," author Eric Marks explains that Microsoft's business model is strengthened by the company's forays into other markets [source: Marks]. And as Microsoft spread its software influence, the company outpaced competitors in other arenas, which today includes not only operating systems and Internet browsers but also gaming.