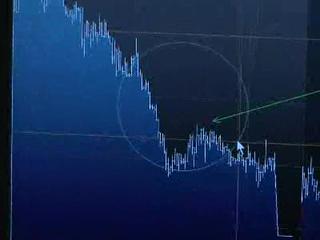 In the NASDAQ system there are three players: investors, broker-dealers, and market makers. Learn more about the NASDAQ in this HowStuffWorks video.
HowStuffWorks

Henry Ford, famous for using the assembly line in his car factories, neither founded the world's first car company nor invented the assembly line. Borrowing an idea originally used in the meat-packing industries, Ford was able to go after a new market in his industry to great success. It goes to show that in the dog-eat-dog world of business, it's often not as much about the product as it is about the process.

Business strategy may not be a science, but using the right method with the right materials in the right place at the right time can create explosive results. We've gathered some examples of the most successful business models that have gone on to make lasting impacts on industry, consumers and the world at large. What's particularly fascinating is how each of the following companies rode to success largely on the strength of their business models. Sure, McDonald's has a great-tasting burger, but it was the business model that catapulted the company (and ultimately the fast-food industry) to widespread popularity and renown.

Keep in mind that the following list isn't exhaustive and is in no particular order. Rather, the purpose of this list is to offer a smattering of some of the most interesting, influential business models and the major companies that implemented them successfully.

With that said, let's get down to business.