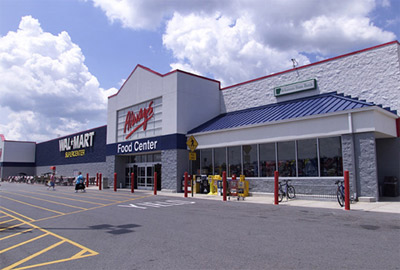 Wal-Mart is more than just the world's largest retailer. It is an economic force, a cultural phenomenon and a lightning rod for controversy. It all started with a simple philosophy from founder Sam Walton: Offer shoppers lower prices than they get anywhere else. That basic strategy has shaped Wal-Mart's culture and driven the company's growth.

Now that Wal-Mart is so huge, it has unprecedented power to shape labor markets globally and change the way entire industries operate. In this article, you will learn the key reasons that Wal-Mart has been able to keep its prices low -- cutting-edge technology, a frugal corporate culture and a push to make suppliers sell merchandise at cheaper and cheaper prices. We'll also take a look at the scope of Wal-Mart's impact on the economy and the controversies surrounding Wal-Mart, as well as the future of the company.

First, let's start with a little history. Sam Walton opened his first five-and-dime in 1950. His vision was to keep prices as low as possible. Even if his margins weren't as fat as competitors, he figured he could make up for that in volume. He was right.

In the early 1960s, Walton opened his first Wal-Mart in Rogers, Arkansas. The company continued to grow, going public in 1970 and adding more stores every year. In 1990, Wal-Mart surpassed key rival Kmart in size. Two years later, it surpassed Sears.

Walton continued to drive an old pickup truck and share budget-hotel rooms with colleagues on business trips, even after Wal-Mart made him very rich. He demanded that his employees also keep expenses to a bare minimum -- a mentality that is still at the heart of Wal-Mart culture more than a decade after Walton's death. The company has continued to grow rapidly after his death in 1992 and now operates four retail divisions -- Wal-Mart Supercenters, Wal-Mart discount stores, Neighborhood Market stores and Sam's Club warehouses.

To get a sense of just how big Wal-Mart is today, consider these facts:

What made Wal-Mart so big, powerful and successful? Let's look at some of its strategies, including its sophisticated use of technology, its corporate culture of watching every expense, and above all else, its mission to keep prices low.

Let's start with technology. Wal-Mart pushed the retail industry to establish the universal bar code, which forced manufacturers to adopt common labeling. The bar allowed retailers to generate all kinds of information -- creating a subtle shift of power from manufacturers to retailers. Wal-Mart became especially good at exploiting the information behind the bar code and is considered a pioneer in developing sophisticated technology to track its inventory and cut the fat out of its supply chain.

The frugal culture, established by Walton, also plays into Wal-Mart's success. The company has been criticized for the relatively meager wages and health care plans that it offers to rank-and-file employees. It has also been accused of demanding that hourly workers put in overtime without pay. Store managers often work more than 70 hours per week. They are are expected to pinch pennies wherever they can, even on things like the heating and cooling of the stores. In the winter, stores are kept at 70 degrees Fahrenheit, and in the summer, they stay at 73.

This culture is also present at the company's headquarters. Wal-Mart is headquartered in Bentonville, Arkansas, instead of an expensive city like New York. The building is drab and dull. You won't catch executives in limousines and you won't see them dragging into work at 9:30 a.m. Executives fly coach and often share hotel rooms with colleagues. They work long hours, typically arriving at work before 6:30 a.m. and working half-days on Saturdays.

­The central goal of Wal-Mart is to keep retail prices low -- and the company has been very successful at this. Experts estimate that Wal-Mart saves shoppers at least 15 percent on a typical cart of groceries. Everything -- including the technology and corporate culture -- feeds into that ultimate goal of delivering the lowest prices possible. Wal-Mart also pushes its suppliers, some say relentlessly, to cut prices. In "The Wal-Mart Effect," author Charles Fishman discusses how the price of a four-pack of GE light bulbs decreased from $2.19 to 88 cents during a five-year period.

In a 2003 Los Angeles Times article (part of a Pulitzer Prize-winning series about Wal-Mart, tells of a Wal-Mart buyer named Celia Clancy, who was in charge of clothing and demanded that each supplier either lower the price or increase the quality every year on every item. This philosophy is known as "plus one."

Next, we'll look at Wal-Mart's power and the controversy surrounding it. 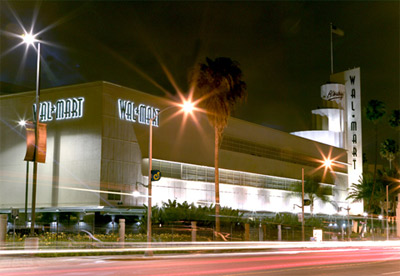 For more information on Wal-Mart and related topics, check out the links on the next page.

How LLC Taxes Work
Don't Waffle On This: Take the Waffle House Quiz
Indie Bookstores Defied Amazon. Who's Next?