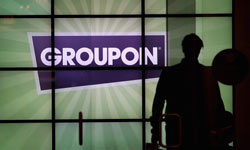 Woot, until recently, was the gold standard in one day, one deal -- they even use that phrase as their tagline. But as other services entered the picture, Woot's simple idea -- making a limited amount of one product available at an amazing price each day -- began to transform. First diversifying into minisites offering daily Woot deals in specific areas (wine, toys, T-shirts), Woot has now begun delving into the social networking interests of its customers, playing with ideas like simple online adventure games to "earn" the deal info.

Taking the one day, one deal model to a new extreme, tipping point sites like Groupon, LivingSocial and Moolala all provide discounts on meals, products and services with local merchants. In different ways, each of them use crowd-sourced buzz to make sure the deal is worthwhile for merchants and the site itself. The deals only become active and purchasable after a certain number of people have expressed interest.

Recently, this particular industry sector has come under heavy fire, both from those who compare the setup to pyramid or Ponzi schemes, and often from researchers and analysts who question whether the business model may even be detrimental to the vendors it's attracting. Any deeply discounted deal like these is going to work as a loss leader for the local merchant, and if it doesn't result in repeat customers -- or if the people buying the deals are already customers -- then the loss is never remunerated by future business.

In fact, some merchants seem to be financing previous deals like these by entering into future deals within the same model -- behavior that some critics compare to our recent credit and mortgage crises. This social online coupon model, while clearly influential, is a bubble that could soon burst.