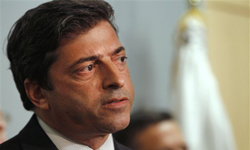 Under traditional circumstances, investment banks assemble pools of funds that it believes will grow over time. The endorsement of an investment fund, which is generally pooled by a bank-selected investment expert, indicates the bank believes the stocks included may grow in value. As they grow, anyone invested in them will see a return on investment. There is, of course, risk of losing rather than gaining money, and this risk is indicated by the category into which the fund is placed.

One type of fund in particular has a 50percent chance of success: the credit default obligation, essentially a bet on whether an investment will succeed or fail. In 2007, the big investment to bet on were mortgage-backed securities; since they'd shown nothing but high rates of return, investors were willing to bet on their success.

So investment banking house Goldman Sachs created Abacus 2007-ACI, a fund of mortgages it sold to investors. What Goldman didn't tell Abacus fund investors was that the mortgages they were betting would succeed had been handpicked by a favorite Goldman investor to actually lose. The favored investor, John Paulson, was allowed to compile the mortgage-backed securities (meaning subprime) that he thought would lose so he could bet against them. It was up to Goldman to sell the fund to investors who would bet on them [source: Nocera]. Paulson won the bet, making $1 billon from the fund.