Pharmaceutical Maker Roche: "Saving lives is not our business" 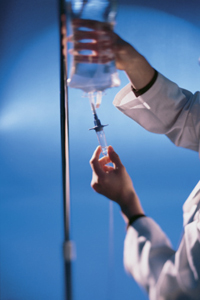 When South Korea set the price limit for Roche's HIV drug, the company refused to sell the drug in the country.
Comstock/Thinkstock

Swiss pharmaceutical maker Roche made Multinational Monitor's "10 Worst Corporations of 2008" list because of a statement made by one of its executives regarding the company's HIV drug Fuzeon.

Roche made $266 million from worldwide sales of the drug and had created a firm sales price of $25,000 for a year's supply [source: Multinational Monitor]. Typically, drugs -- especially life-saving ones -- are sold around the world on a sliding scale, with developing countries paying less than industrialized nations, which pay the highest prices. Roche bucked this trend with its global price for Fuzeon.

When South Korea's Ministry of Health, Welfare and Family Affairs valued a year's supply of Fuzeon at $18,000 -- essentially setting the limit Roche could charge for the drug within the country's borders -- Roche balked and refused to sell the drug there any longer. Because of the lack of alternative drugs, the company effectively withdrew treatment for South Korea's HIV patients, despite the fact that the company still would've realized a profit from sales, even at the $18,000 price limit.

When the decision was challenged, the head of Roche's Korea division reportedly said, "We are not in the business to save lives, but to make money. Saving lives is not our business" [source: JMR Portfolio Intelligence].