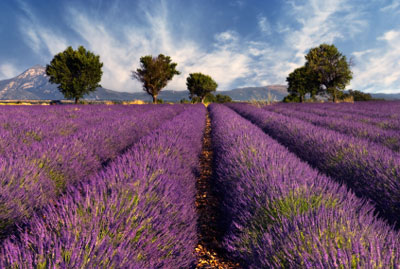 Can you smell the Provençal lavender already? If your dream is to move to France and write a novel, having that clear vision can inspire you to follow through with your plans.
©iStockphoto/Andreas Karelias

If you're thinking about retiring early, you should ask yourself why. Is it simply because you don't like working? Maybe you'd be better off looking for a job that's more fulfilling so that you could enjoy more of your time and money now, rather than saving it for an unpredictable future.

Strong motivation is the key to a successful early retirement. Maybe it's always been your dream to move to the South of France and write a novel, to dedicate your time to charity work or your church or maybe you just want to spend every day fishing. A powerful motivation won't only make your early retired life more enjoyable, but will also make it easier for you to stick with a strict financial plan until you get there. Some experts even suggest getting a psychological evaluation to help discover what type of early retirement fits your personality type [source: MSN].

More and more retirees are planning to work through the early part of their retirement, whether full- or part-time. According to a 2006 survey by the Pew Research Center, 77 percent of today's workers plan to do some kind of paid work past their full retirement age. Interestingly, those numbers don't reflect the current reality. Right now, around only 12 percent of retirees are working, although 27 percent have worked at some point during retirement [source: Pew Research].

Working at least part-time during retirement can be a smart move for people whose friends and spouses are still working or for those who don't have established hobbies or interests. Plenty of retired business executives pick up post-retirement work in sporting goods stores, and retired teachers might choose to work at local daycare centers.

The stark reality is that many of today's retirees didn't plan on being retired so young. A 2006 survey found that 40 percent of retirees were forced to stop working earlier than they had planned for reasons ranging from illness to unemployment [source: USA Today]. And now that they're retired, they realize that they don't have enough savings and investments to support themselves for the long-term. So, it's back to the want ads to find something to make ends meet -- at least until Social Security kicks in.

If you figure that you have about 20 to 30 years to enjoy retirement, you can find ways to stretch your dollar and your time. While you're freshly retired, you can explore hobbies and part-time work, and when you start collecting Social Security, you'll have more financial wiggle room to indulge in lifelong dreams like world travel or volunteer work. And if you plan wisely, you'll have enough savings stashed away to cover unforeseen medical expenses and possible long-term care.

For more information on retiring early, financial planning and related topics, consult the links below.

Not Just When, But Where?

Where you choose to retire can play an important role in your financial planning. Some places have much higher costs of living than others. You need to take into account the property tax, income tax and sales tax rates of your dream retirement spot.

Many retirees find it much more affordable to retire abroad. In 2005, more than 440,000 Americans received their Social Security checks abroad, and that doesn't take into account people who live abroad but have checks sent to United States addresses [source: Washington Post]. Mexico and Central America are some of the most popular retirement destinations for Americans, with costs of living well below those of the U.S.