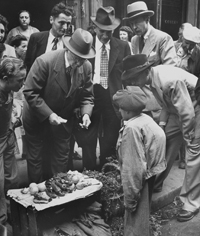 Congratulations! You took the big step. Working for yourself is challenging and sometimes daunting, but it's the single best decision that you ever made. The business you started is thriving and productive. And you're quickly discovering that being self-employed means being proactive, protecting your income and planning for the future. Being the boss gives you substantial control when choosing a retirement strategy, which may include a Keogh plan.

Keoghs (or HR-10 plans) are personal, qualified, tax-deferred retirement plans for self-employed workers and small businesses. A qualified plan is one governed by section 401(a) of the tax code. Keoghs provide a source of financial security to those who do not work for traditional corporations, or for those who have a sideline of self-employment income. Keogh plans allow workers to contribute pre-tax earnings to retirement funds, where those contributions are tax deductible. Self-employed people who work for another employer can make contributions to both a Keogh plan and an IRA.

Keogh plans got their name from Eugene J. Keogh, a congressional representative from Brooklyn who sponsored the original legislation in the 1960s. He believed that the self-employed, such as doctors, artists and writers, should have the same benefit and tax advantages previously offered only under traditional, corporate pension and retirement plans.

Although Keogh plans have been around since the 1960s, they were greatly reshaped by 1982 tax code changes and a 2001 piece of legislation called the Economic Growth and Tax Relief Reconciliation Act (EGTRRA). In fact, so many things have changed that the word "Keogh" no longer appears in the tax code! If your Keogh plan existed before 2001, it's worth consulting a professional to make sure the plan still complies with the law.

A Keogh plan, like any retirement plan, has many rules and regulations. This article will help you sort through the requirements, responsibilities, and decisions you face, as well as the advantages and disadvantages of opening a Keogh.

On the next page, we explore Keogh plan rules, eligibility requirements and how to go about setting up a plan for yourself.