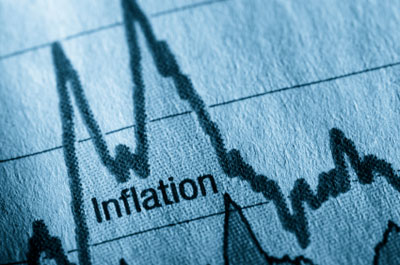 One of the biggest mistakes people make when planning for early retirement is not accounting for inflation.
©iStockphoto/José Luis

There are some traps to avoid when planning for early retirement. The first has to do with Social Security and how your retirement benefits are calculated. The Social Security Administration (SSA) bases your monthly benefits on the average of your salary during your 35 highest-earning years of work. If you retire too early -- before you've worked for 35 years -- then your nonworking years will be counted as zeros.

Inflation is another hidden trap when planning for your financial future. The average annual inflation rate is around 3 percent. At that rate, your money will be worth considerably less 30 or 40 years down the road. One million dollars in 2008 will be worth less than half that amount in 30 years. Wages tend to keep pace with inflation but not investments. If an investment has a 5 percent rate of return, that's really a 2 percent rate over the long term when adjusted for inflation.

There are also some important tax considerations to keep in mind when planning your future finances. As we've mentioned, there are tough tax penalties for withdrawing money early from a 401(k) or IRA. For both 401(k)s and IRAs, there's a 10 percent penalty for withdrawing funds before the age of 59.5. There are some exceptions to that rule: disability, the purchase of a first home, hardship withdrawals for medical expenses, and a 72T. A 72T allows you to withdraw money from a 401(k) or IRA in even disbursements based on the amount of money you have and your projected life expectancy.

If you need or want to go back to work after you retire, be wary of earning too much. If you file individually and make between $25,000 and $34,000, you'll have to pay income tax on 50 percent of your Social Security benefits. Earn more than $34,000 a year, and you'll be paying on 85 percent [source: SSA]. Also, if you retire before your full retirement age and pick up a part-time job, Social Security can reduce your benefits by $1 for every $2 you earn until you reach age 65 or 67.