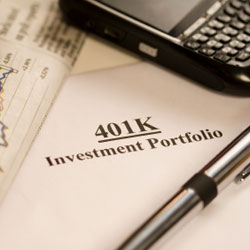 A Roth IRA may be a better choice than a 401(k) in the long run.
­©­iStockphoto.com/Robert Pears

There's long been a debate over which is preferable -- a Roth IRA, where savings are taxed when they are contributed, or a 401(k), where contributions aren't taxed until they're removed, or until the account matures.

Both make sense, and the 401(k) usually wins because enough interest has accrued over the life of that account to offset (and then some) the taxes levied against it upon maturity.

Since the recession of 2008-09, however, the assumption that a 401(k) will always pay off has come into question. Also, with the unparalleled U.S. government intervention in the markets and in banks, it's a pretty sure bet that younger workers who have just started to save for retirement will see much higher taxes to pay for that financial intervention by the time their 401(k)s mature.

These two factors make Roth IRAs worth considering. While paying taxes up front (and thus, having less to invest) might hurt now, it's worth crunching the numbers once more. You might find you'll lose less money in the long run.