Which is more expensive: Day care or stay-at-home parenting? 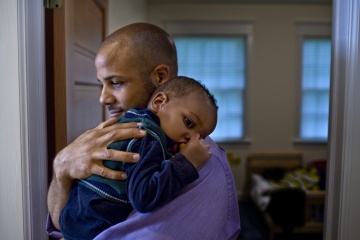 It won't necessarily maximize your household income if both spouses work outside the home after you have kids.
David Sacks/Digital Vision/Thinkstock

In 1985, the average cost for childcare in the United States was $84 a week, but in 2011 it was nearly double that at $143 a week and more than $7,000 a year [source: Laughlin]. And since the mid-1980s, the price of childcare has increased faster than annual incomes, accounting for 7.2 percent of the average salaries of families with working mothers.

But these are only averages. Where you live in the United States can have a big effect, too. On the West Coast, for instance, you can expect to pay between $12,000 and $15,000 annually for childcare, and in parts of the Northeast like Massachusetts, it costs even more [source: Desilver].

What this research tells us is there are actually cases when it is more cost effective for one parent to stay home than to work and pay for day care. Staying home can be a tough decision, and the reduction in income can be hard, but there are some financial perks. For one thing, having a job actually does cost money.

Stay-at-home parents cut out transportation costs, clothing expenses, food and all the other costs that come with being out of the house all day. Some families with one parent staying at home even fall into a lower tax bracket, which can amount to even more money savings via tax deductions.

But all of this doesn't mean staying at home is always the right choice. When a parent stays at home, he doesn't just cut back on his current income; he also puts his career on pause. That means a halt to promotions or advancements that could eventually cut into future income too. Returning to the workforce after a long absence can also be difficult, especially with an outdated skill set.

Social Security takes a hit too, as do 401(k) plans and health benefits. So if you are thinking about staying home for financial reasons, make sure that you really are coming out ahead of the game.