Americans are drowning in a sea of red. There are folks who were laid off from jobs, lost their health benefits, and can't afford to pay a disabled daughter's medical bills. And there are homeowners that have watched the value of their property drop far below the balance on their mortgage while they struggle to make monthly payments.

Total consumer debt in the U.S. stood at an astounding $11.44 trillion as of March 31, 2012 [source: Federal Reserve Bank of New York]. That includes debt on home mortgages, credit card bills, student loans, car loans and outstanding medical bills. Debt is not necessarily a bad thing, unless it's overdue. Unfortunately, nearly 10 percent of U.S. consumer debt -- $1.06 trillion -- is delinquent, and more than three-quarters of that debt is "seriously delinquent," meaning 90 days late or more [source: Federal Reserve Bank of New York].

Negotiating a better interest rate with creditors is often not an option, because the bank that originally made the loan has sold the debt to an investor. Banks make money by bundling loans like mortgages into securities that are sold to investors [source: Yglesias]. Delinquent or "distressed" loans are sold for pennies on the dollar to investors who hope to collect the debt and make a profit.

But what if a new group of investors offered to buy distressed loans from banks, and instead of collecting the debt, erase it? That's the bold idea behind the Rolling Jubilee, a debt relief effort launched by the same grassroots collective of economic revolutionaries who brought us Occupy Wall Street (OWS).

Since the beginning, OWS protestors have criticized a financial system in which large banks receive trillions of dollars in bailout funds from indebted U.S. taxpayers, while individual citizens are offered no relief from the very same banks. By using the secondary debt market to buy and absolve consumer debt, the organizers of the Rolling Jubilee hope to create a "bailout of the 99% by the 99%" [source: Rolling Jubilee]. The Rolling Jubilee was officially launched on Nov. 15, 2012 with a benefit rock concert in New York City.

Before we get into how the Rolling Jubilee works, let's take a quick look at the Biblical origin of the word "jubilee," and how an ancient religious tradition has inspired a distinctly modern form of crowd-sourced debt forgiveness.

Origin of the Jubilee

The word "jubilee" comes from the book of Leviticus in the Hebrew Bible, known in Christianity as the Old Testament. Jubilee is an English variation of the Hebrew word jobel, which means "ram's horn," the curved horn used as a trumpet to signal the year of the Jubilee [source: Pacomio]. In Leviticus 25, God commanded the House of Israel to observe a year of Jubilee every 50 years. The Jubilee year, the Bible explains, was to be a year of rest, including the forgiveness of all debts, and the liberation of slaves and servants to their native lands.

The text of Leviticus 25 explains how the Jubilee is supposed to work. All outstanding debts between members of the House of Israel must be wiped clean. All people must be allowed to return to their "own property." In an agrarian society, it was common for indebted people to forfeit ownership of their land to a creditor [source: Kinsler]. The accepted interpretation of this commandment is that all land must be returned to its original owners. Likewise, if a Hebrew has taken a fellow Hebrew as an indentured servant, he must release the servant and cancel his debt in the Jubilee year.

It is unclear whether the ancient Hebrews ever practiced the year of the Jubilee as it is outlined in Leviticus. There are historical records, however, of other Near Eastern cultures that practiced a similar "clean slate" tradition, including the Babylonians under Hammurabi and the Egyptians under Ptolemy. The famous Egyptian Rosetta Stone tablet records a Jubilee proclamation from 196 BCE [source: Kinsler].

Instead of waiting every 50 years for debt cancellation, the organizers of the Rolling Jubilee want to create an ongoing process of debt forgiveness, i.e. a "rolling" jubilee. We'll go into greater detail about how the modern Rolling Jubilee works on the next page.

Rolling Jubilee works by buying distressed debt from banks and other lenders, but instead of collecting the debt from struggling families, it will cancel it. Rolling Jubilee cannot seek out individual debts to cancel, because distressed debt is bundled and sold in bulk [source: Rolling Jubilee]. So, you can't contact the organization and ask them to buy and cancel your credit card debt. However, Rolling Jubilee will contact individuals if it finds their personal information included in one of the debt bundles it purchases. The idea is for the beneficiaries of debt relief to give back to the cause; hence the "rolling" part.

Rolling Jubilee gets its money from donations made on the Rolling Jubilee website and from the proceeds from fundraising events like benefit concerts. The idea seems simple enough, but the realities of buying bad debt are more complicated.

For large banks, debt that is way overdue isn't worth the cost of collecting. Instead, they sell the distressed debt for bargain basement prices to investors that are willing to take on the high-risk proposition of tracking down debtors and collecting cash.

Because debt collection is such a big investment risk -- you might recover a portion of the outstanding debt, but rarely the entire amount -- banks are willing to sell distressed debt for as little as a 1:32 ratio. In other words, $1 could buy you $32 worth of debt [source: Hern]. It sounds cheap, but it's still a risky investment unless you have a proven system for collecting money from people who are deeply underwater.

The Rolling Jubilee works by hijacking the debt-selling process in a legal way. Distressed debt attracts a very specific kind of investor, and banks typically shop their debt around to an established list of clients. It is unlikely that Rolling Jubilee could convince a large bank to sell it bad debt in place of the bank's loyal investors. Instead, Rolling Jubilee is using sympathetic "moles" inside the debt-buying market -- sheep in wolves' clothing, if you will -- to buy debt for the nonprofit organization, then erase it [source: VanderMey].

In essence, the Rolling Jubilee will use the very mechanisms of capitalism that it despises to lift the burden of debt for thousands and potentially millions of Americans. Sounds good, but will it really work? We'll run the numbers on the next page.

Bono, the politically active lead singer of U2, was the first to publically call for a broad cancellation of debt owed by impoverished nations. The debt cancellation was to coincide with the Jubilee celebrations planned by the Catholic Church in 2000. Bono and his organization, Drop the Debt, won the support of Pope John Paul II and President Bill Clinton, who cancelled the debt owed to the U.S. by the world's poorest nations in 1999. In total, the Jubilee 2000 campaigns resulted in $120 billion in cancelled debts [source: Jubilee Debt Campaign]. Organizations like Jubilee Debt Campaign and the Jubilee USA Network continue to lobby for debt forgiveness, fairer global economic policies, and increased development aid to poor nations.

Will the Rolling Jubilee Work?

The mission of Rolling Jubilee is noble, to wipe away the monumental consumer debt that is forcing millions of American households into financial ruin. But is it even possible?

As of December 2012, Rolling Jubilee had raised close to $500,000 in donations. If that money were invested in the secondary debt market, Rolling Jubilee estimates it could purchase and abolish about $9.5 million of debt. That's a tremendous amount of money and could undoubtedly lift the debt burden for dozens of American families. On the other hand, when compared to the total consumer debt load, it's barely a drop in the bucket.

Rolling Jubilee, with its crowd-sourced funding, is competing with very large and well-funded debt-buying companies. One of the biggest is Encore Capital Group, which spent $47 million on $1.1 billion of debt in a single quarter of 2012 [source: Encore Capital Group]. For firms like Encore, that is money well-spent. According to the Association of Credit and Collections Professionals, Encore and its associates typically recover three times what they invest in bad debt, often through legal settlements with debtors [source: Silver-Greenberg].

There's also the issue of student loan debt, which makes up 8 percent ($904 billion) of the consumer debt total in America [source: Federal Reserve Bank of New York]. Roughly 90 percent of student loans originate from the federal government and 10 percent are "private" or "alternative" students loans from banks [source: FinAid]. Rolling Jubilee cannot purchase debt owned by the federal government, because it is not sold on a secondary market like other distressed debt [source: Rolling Jubilee]. That's bad news for many indebted college graduates; the class of 2011 owed an average of $26,600 in student loans [source: Ellis].

But perhaps all of this talk of effectiveness is missing the point. The organizers of Rolling Jubilee openly admit that their small nonprofit is not going to solve the debt crisis in America. They also insist that it's not a debt forgiveness program. Since debt is purchased in anonymous bundles, there is no way of determining who "deserves" to be forgiven. The primary goals of the project are to raise public awareness about the impact of consumer debt, and apply pressure on government regulators to hold the banks accountable for their role in the credit crisis [source: VanderMey].

For lots more information on debt, the economy and how big banks work, check out the related HowStuffWorks links on the next page.

Rolling Jubilee is a project of Strike Debt, an offshoot of the Occupy Wall Street movement. While researching this article, I visited the organization's Tumblr page called Why Strike Debt. It's an open forum for individuals to share their stories about the destructiveness of debt. If you think that debt forgiveness is unfair to those who pay back their debts on time, read some of these people's stories. They are stories of people who sought out an education only to graduate into a recession. They are people who suffered car accidents and have medical pills that would take them a lifetime to repay. They are families whose mortgages are so deeply underwater that they have no choice but to walk away. Financial responsibility is important, but we need to make sure that the credit system isn't rigged for failure. While I don't think that Rolling Jubilee will solve the credit crisis, I welcome its voice into the conversation. 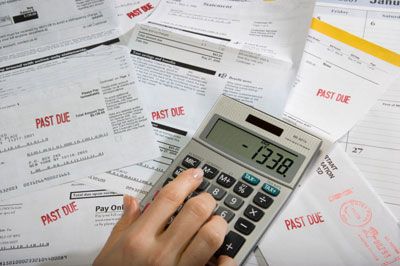 Up Next
How Debt Consolidation Works
Explore More 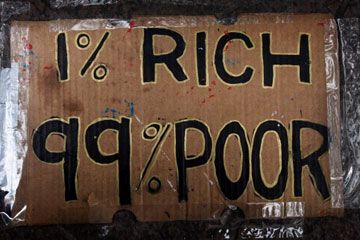 You May Like
How Occupy Wall Street Works
Explore More