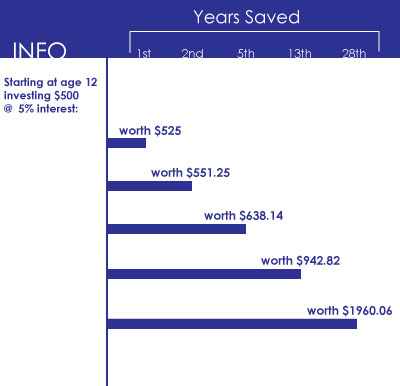 Starting a high-yield savings account early is a great way to make money with no effort.
HowStuffWorks

You might be surprised that a millionaire needs a budget at all. But she does. Setting a budget should be the foundation of your bid to become a millionaire. Tracking your spending and making decisions about where your money goes is paramount to saving it. And, while we're not going to pick on easy targets (like your daily latte), it's true that cutting back on non-essential expenses can boost your savings.

So, as you think about how much money you spend buying things on a whim, consider tracking your spending habits. There are a number of free Web sites that can categorize and chart your spending, such as Mint, or apps that allow you to record spending on the fly, such as Spending Tracker for iPhone and Expense Manager for Android. Then you can use this information to set up a realistic budget. If you know you can't live on rice and beans alone, set aside money to splurge on a steak once in awhile.

Establishing a budget will allow you to do an essential task for a millionaire-in-training: Pay yourself first. This will ensure saving or investing is a priority, not an afterthought.

If you have debt (and who doesn't?) you'll need to pay it off as you save and invest. Using a debt-payoff strategy known as the "snowball effect" can be effective because it has built-in rewards. Start by paying off your smallest debt first. Once this debt is paid off, add the money you had been paying on it toward your next smallest debt -- and so on. This debt-reducing concept has the added benefit of debt-relief milestones, ones that appear on the horizon quickly. This can be an ideal motivator [source: Smith].

There is a universal truth: The earlier you start, the harder your money will work for you.

Now, assume that instead of a savings account, you had invested that $500 in stocks that earned 10 percent each year during those 28 years. At 40, your $500 investment would have turned into more than $7,000. This is exactly why one of your first duties as a new employee should be taking advantage of your company's 401(k) (especially if they will match your contribution). Invest as much as the law allows. If you are self-employed, set up an IRA and do the same.

What Your Net Worth Should Be