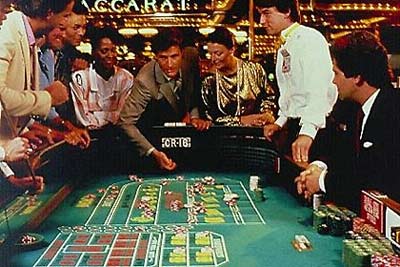 You could always hit it big at a casino and make a lot of cash -- but the odds of becoming a millionaire aren't good.
Atlantic City Convention & Visitors Authority

Now we answer the question you've been dying to know: How can I become a millionaire?

Most millionaires are self-made people. They set a goal to become a millionaire -- or at least a goal to achieve financial freedom. Some invested in a higher education that set them on some of the world's most lucrative career paths -- physician, lawyer or CEO, to name a few -- and then implemented aggressive saving and investing strategies.

Others (in fact, most) took an entrepreneurial approach by turning a good idea into a successful business. Although people who are self-employed make up less than 20 percent of the workforce in the U.S., they comprise a whopping two-thirds of the nation's millionaires [source: Stanley].

Of course, starting your own business means taking risks, but with the right idea and a good marketing plan, success could be yours. Some of the hottest sectors include green construction, which is expected to reach a value of $140 billion by 2013, and mobile app development. In 2012, there were about 1 million apps available in Apple's App Store and Google's Android Market, with more being added each day. In the App Store, for example, monthly user downloads reached the 1 billion mark in 2012. Sell just a fraction of this figure -- say, 500,000 apps -- for $2 each, and you'll earn a million dollars [source: Thurner]. We'll explore more millionaire-maker ideas in an upcoming section, too.

Another strategy involves a degree of luck and skill. If you have extreme athletic talent, you stand a chance of making millions as a professional athlete. LeBron James, for example, went straight from high school to the NBA and got a $90 million contract from Nike before he had even played a single professional basketball game [source: ESPN]. However, the four professional sports leagues together in North America employ fewer than 5,000 athletes [source: Simpson].

Or, you could set your sights on Hollywood and becoming a highly paid actor. Unfortunately, the odds are one in 1.5 million that you'll become a movie star [source: Carter]. You'll encounter similar statistics if you're an aspiring singer or author, too.

Of course, not all millionaires are self-made. Another way to become a millionaire is to be born into a family with a high net worth, as long as the family is willing to divest some of its funds toward your future. Take Paris Hilton, for example. She is the great-granddaughter of Conrad Hilton, who founded the Hilton Hotels chain, and subsequently created some of the wealthiest heirs in the world [source: Biography]. Even if you're not born to wealth, you can always take a shot at marrying into it, provided you get to know people in these high income brackets.

Finally, a lucky few win the lottery, hit it big in Las Vegas or win a load of cash on a game show. The odds of this happening are in the same territory as becoming a movie star.

If you'd rather not leave your million-dollar goal to chance, it's a good idea to discover how saving and investing can boost your odds. We'll explore this is more detail in the next section.