How much money do you need to retire at 50?

Browse the article How much money do you need to retire at 50? 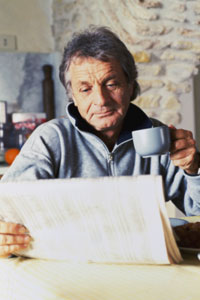 How much money do you need to make in retire at 50 -- and stay retired? See more retirement pictures.
Alberto Incrocci/The Image Bank/Getty Images

If you want to say goodbye to the working world by the time you turn 50, you need money -- a lot of money. The core challenge is the same as any other early retirement: You have fewer working years to build your nest egg and more time to spend on it. While you don't need to be an oil baron or a millionaire's offspring to retire at 50, here's what you do need: an extra-disciplined approach to saving and spending, a clear view of the obstacles you'll face, a lot of planning, and a little faith.

First, let's do a little back-of-the-napkin math to figure out how much money you'll need. According to the Centers for Disease Control and Prevention, a resident of the United States can expect to live to about 78 years old [source: CDC]. Many financial advisors recommend budgeting to spend at least 70 to 80 percent of your annual pre-retirement income to keep your standard of living. If you live off of $60,000 a year while you're working, that means you'll need between $42,000 and $48,000 a year during retirement. So, if you live until age 78, you'll need to have assets valued between $1.18 million and $1.34 million.

But finding the true number is much more complicated. Inflation has a huge impact on your retirement budget: According to the Bureau of Labor Statistics, a person who lived on $48,000 in 1991 would need nearly $80,000 to have the same buying power just 20 years later [source: Bureau of Labor Statistics]. There are also healthcare expenses, which have risen faster than inflation over the last 20 years [source: Department of Labor]. You'll most likely need to purchase private insurance to cover your health until you're eligible for Medicare, and don't expect to stop paying when you reach 65: According to a 2010 study, a 65-year-old married couple without chronic conditions can expect to pay $197,000 out-of-pocket during their retirement [source: Brandon].

The amount you need to retire also depends on your individual circumstances and retirement goals. Do you have children? Do you have debt? Are you planning to enjoy the luxurious fruits of your labor, or will you retire in austerity? The magic amount you'll need to retire can vary widely depending on your answers to these questions, and you'll probably want to speak with a financial advisor to get a better guess.

Let's look at how to go about saving and investing for a retirement at age 50.

Even if you're retiring at 50, the conventional wisdom of saving and investing still applies.

During your first decade of retirement, you'll need to stay away from retirement accounts. With a few exceptions, any withdrawals from your 401k or IRA will incur a 10 percent penalty. That's on top of taxes on the income and the reduction of value of the accounts, which will generate less interest over time. Instead, rely on cashing out stocks, tapping into a bank savings account, or other sources of income like a rental property. You might even consider delaying a full retirement and working part-time at first.

So, how much money should you take out to finance your early retirement? Turn the page to find out.

Spending During Your Retirement

So, you've squared away your investments, and you're counting down the days until your 50th birthday. How much money should you withdraw each year during your retirement? For a traditional retirement, many investors recommend withdrawing 4 percent of your nest egg's initial value each year, adjusted for inflation. According to CNN Money, if you start off by withdrawing 4 percent of your savings -- that's $47,200 if you have a $1.18 million nest egg -- there's an 80 percent chance of your savings lasting for 30 years, but if you take a 6 percent draw -- that would be $70,800 -- the odds drop to 25 percent [source: Updegrave].

We talked about living off of 70 to 80 percent of your pre-retirement income, but that amount can vary depending on what you intend to do during your retirement. Maybe you want to withdraw more money at first to travel the world and scale down as you get older. Maybe the peace of mind of knowing you have funds for a medical emergency further down is incentive enough for you to keep your withdrawals low. Simply put, it's a matter of balancing your enjoyment of retirement with your ability to pay for it.

It helps to be be thrifty. Spending less before you retire means you have a bigger chunk of money to grow, and spending less after you retire means you can stretch your savings further. Track your expenses with a personal finance software program like Quicken -- or go the route of John D. Rockefeller and just write all of your purchases down in a book [source: Vander Broek] -- and trim costs wherever you can. Eat out less often, and buy generic instead of name brands; pay off your debt, buy a less expensive vehicle, take fewer and less lavish vacations, or find a smaller home in a less expensive city.

You might decide to make bigger decisions to meet your retirement goals, like foregoing having children -- the U.S. Department of Agriculture estimates it costs $226,920 to raise a child in a two-parent, middle income family, not including college [source: Dickler]. After you retire, you might consider moving to a country with a favorable exchange rate or low cost of living to stretch your funds even further [source: Emling].