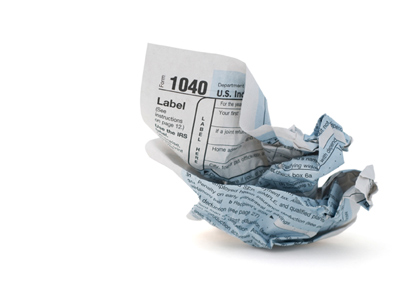 It'd be hard to find anyone happy with our complex tax system. Some are so upset by it that they want to see a drastic reform of the whole tax code. See more ­tax pictures.
iStockPhoto/Jesus Jauregui

Most agree that America's current tax code isn't perfect. Many point to tax policy in other nations, saying they have been more effective and the United States is lagging behind. Two alternatives that claim to improve the system have come to the forefront in American politics: the flat tax and the FairTax.

You've probably heard talk of these plans in the media. In the 2000 presidential campaign, Green Party candidate Ralph Nadar supported the flat tax, and in the 2008 campaign, Republican Mike Huckabee threw his favor behind the FairTax. But as you hear names thrown around and see bumper stickers promoting one or the other, you may have been confused about what exactly the differences are between the two.

To better understand how each plan would change things, we first have to know the basics of the current system and the major criticisms of it. As it stands, Americans pay a progressive income tax -- meaning that higher incomes get taxed at higher percentages than lower incomes. Specifically, the current system uses margins -- also known as tax brackets, or ranges of income -- to determine what percentage a person pays. Taxable income can also depend on how much you've earned in capital gains or on specific deductions and exemptions that apply. The federal government taxes a corporation's profits in a similar way.

Ma­ny critics consider the tax code confusing and impossible for the average taxpayer to decipher­ -- often requiring a hired professional. Even the Internal Revenue Service (IRS) Commissioner has admitted that complexity of the tax code contributes to both honest mistakes and tax evasion [source: IRS]. Others go further, saying that the progressive tax system is inherently unfair, as it puts an excessive burden on the wealthy. In relation to this criticism, opponents claim that this burden discourages behavior that would promote economic growth. Were the government to revamp the system to change this, the argument goes, all would benefit from a more prosperous economy in the long run.

Although they both have similar goals and would entail significant overhaul of the current system, the plans differ is some fundamental ways. Whereas the flat tax would tax all income at the same percentage, the FairTax wouldn't tax income at all -- it would instead institute a national sales tax. Next, we'll explain the differences in more detail. 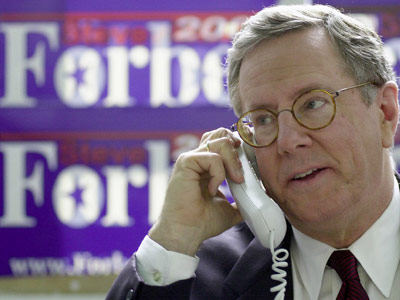