More than a Bit Scary

Bitcoin is slowly gaining more legitimacy. But, there's the matter of people really trusting a currency. And that's where this new currency gets scary.

Rampant speculation has turned the valuation of Bitcoin into a neck-snapping roller coaster ride. In 2010, a unit of 1 bitcoin was worth just a few cents. Over the next few years, Bitcoin's value rose and fell from hundreds of dollars to just a handful. But nothing quite prepared investors for 2017, during which wild Bitcoin speculation drove the price of a single bitcoin from less than $1,000 to over $16,000 [source: Russo].

To many observers, the surging popularity and price of Bitcoin looks a whole lot like the dot-com and housing bubbles. Economists warn that the Bitcoin bubble, like all bubbles, will eventually burst and take a lot of fortunes with it. From this angle, Bitcoin sounds like a currency built only for suckers and speculators.

There's also the fact that online currency exchanges continue to be a hub for most Bitcoin transfers. The exchanges are necessary, of course, because they help you convert Bitcoin to and from local currency. However, in a system that's supposed to be decentralized, these exchanges offer up a tasty target for government regulators and malicious computer hackers.

Hackers, for example, may not yet be able to exploit Bitcoin's elegant blockchain technology to create fake coins or fraudulent transactions. But they can definitely attack the exchanges, which are as vulnerable as any other kind of website. In one widely publicized incident, hackers launched a DDoS (distributed denial-of-service) attack on the popular exchange Mt. Gox in 2014, which resulted in the loss of 850,000 bitcoins [source: Gibbs]. Chaos ensued and Bitcoin's value plummeted.

Bitcoins are definitely a high-risk asset. And as you're about to see, there are other potential downsides to the Bitcoin system. 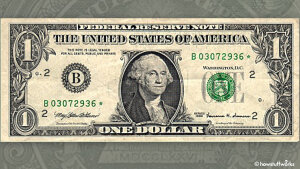