How the IRS Taxes Bartering 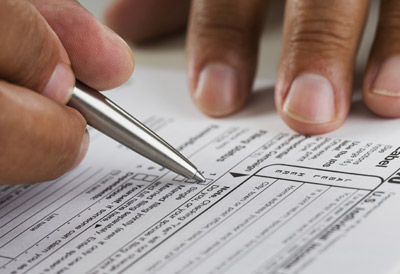 People and corporations in the U.S. need to report their bartering income to the IRS.
JGI/Blend Images/Getty Images

At first glance, bartering may seem like a great alternative to paying taxes. If you barter goods, you won't have to deal with a pesky sales tax, and if you labor for food, you don't pay income tax, right? Wrong. The guy who went from a paperclip to a house in 14 barters made a net gain by simply bartering. That's considered income to some governments.

After bartering groups exploded in popularity in the 1970s, the IRS formalized its rules on taxing bartered income [source: Risen]. Now, the IRS taxes barter transactions in dollars and cents, even though no money changes hands. This means you have to keep tabs on the trades you make and keep good records of them so they can be properly taxed. The IRS measures bartered exchanges by using the market price of the goods or services someone receives. In a swap, both parties have to list the market value of what they received as taxable income. This means that commercial and corporate bartering exchanges require filing a tax form -- a 1099-B, "Proceeds from Broker and Barter Exchange Transactions" [source: IRS].

If your bubble is burst about the tax advantages of bartering, take heart that it's not all bad news. Let's say a computer company barters surplus computers for window washing services. In this exchange, both businesses lose valuable assets -- computers and washing services -- that cost money to produce. So, the upside to the barter tax is that a business can list these expenses to offset some of its tax liability. Although in theory, barter involves trading things of equal value, the MacDonald case clearly illustrates that this doesn't always happen.

There are other tax advantages, however. For instance, if you have extra trade credits with a bartering service, you can donate them to a charity -- if the service permits -- for a further tax deduction [source: Dun & Bradstreet]. Some businesses also use bartering to take advantage of the 1031 tax code, which allows them to defer or perhaps avoid taxes on certain exchanges [source: Silverman]­. To qualify, a company must replace what it traded with something of equal or greater value, so that it qualifies as a form of capital reinvestment for business purposes.

Before you rush to collect your idle assets and dive into the bartering market, take a gander at the links below.

In a strong, money-based economy, using cash is usually more efficient than bartering. But high taxes might change that. Normally, for instance, a brain surgeon would be better off taking $80,000 as payment than looking for patients who have a good or service worth exactly $80,000. However, when marginal tax rates are high enough -- like in the 1950s -- the brain surgeon would be better off taking a bad barter to avoid taxes. In other words, he'd prefer to accept a favor worth $70,000 rather than to take $80,000 in payment and lose $20,000 of that in taxes.