Why are companies allowing people to choose between traditional and Roth 401(k)s? 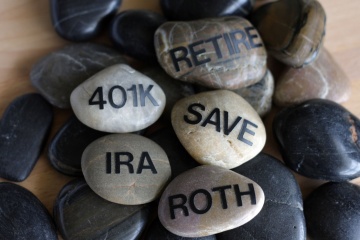 Sussing out your options and plotting a course for retirement savings can be daunting. But more options means you can tailor your savings to your needs.
© AndrewWilliam/iStock

Traditional 401(k) retirement plans allow employees to contribute pre-tax dollars to their accounts. This reduces their gross income and, consequently, their current tax load. In 2006, employees were given yet another financial retirement choice: the Roth 401(k). By 2011, half the companies that offered 401(k) plans included the Roth option [source: NBER]. When businesses have more options, they may appear more attractive to potential and current employees. The addition of the Roth 401(k) increases bookkeeping to a small extent, but the option can dramatically impact employees' retirement funds.

For employers, the addition of a Roth plan changes little. In order to offer it, they must already have a traditional 401(k) in place. Both plans allow employers to contribute to their employees' plans, and all contributions are pre-tax. Therefore, though workers with Roth 401(k)s don't pay tax on their contributions upon retirement, the employers' input is taxable.

However, providing a choice of 401(k) plans allows employees more control over their future. Those that go the traditional route get a tax break when they pay into the account. These contributors are often on the lower end of pay scale and believe their earnings will significantly increase over time. Therefore, they'll be in a better financial place at retirement, so the tax burden won't feel substantial. Employees who chose the Roth version are more comfortable paying taxes now, because the futures of their financial status and federal tax rates are mysteries.

Employees are not limited to an either/or choice, however. When companies provide both options, workers are free to invest in both. Every year, employees can decide to change how they direct their contributions. Some plans even allow participants to split their money evenly between traditional and Roth 401(k)s. Though providing alternative 401(k)s does not greatly affect a company's day-to-day practices, it can, in the years ahead, greatly enhance the quality of life for retired workers.