How to Financially Prepare for the Death of a Parent 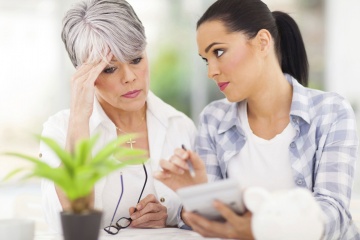 Nobody WANTS to have a conversation with a loved one about what will happen when he or she dies, but if you can get over the discomfort of the topic, there might be a sense of relief at the end of the conversation.
©iStock/Thinkstock

As the saying goes, nothing is certain but death and taxes. But try talking about either topic, especially with your parents, and you'll quickly realize that although they're part of life's certainties, they aren't usually considered welcome conversation.

Of course they aren't. This is all considered highly personal information, and family dynamics may lead to frustration (for all parties). Adult children may be perceived as controlling, parents may be perceived as unhelpful or untrusting, and everyone is uncomfortable confronting this end-of-life conversation. In fact, about a quarter of us dread the idea so much we consider talking about death the toughest conversation we'll ever have between parents and adult children.

While most parents would rather put "the talk" off until they've reached retirement, most adult children would prefer to reduce their anxiety about the situation and prepare while their parents are healthy and still in the work force. That's a step in the right direction, because even if your parents are healthy or too young at heart to worry, time isn't on anyone's side. Accidents, unexpected illness, dementia and other unfortunate circumstances can affect anyone — and after age 53, the ability to make informed financial decisions diminishes [source: Setzfand].

Time doesn't wait for your hesitation to find out whether your parents have a will and where they keep it (whether you're in that will is another story). While more than 80 percent of parents have wills, half haven't acknowledged that will to their children — its contents, its location or just simply its existence [source: Sullivan].

Looking at the big picture, beyond a will, 40 percent of parents haven't shared the financial details of their retirement or end-of-life planning with their adult children, nor have they talked about related subjects such as estate planning, inheritance or power of attorney. And as many as 15 percent of families haven't talked about the retirement years at all. That's right: nothing shared, nothing learned [source: Palmer]. As you can guess, this is not good, and it's just one step toward the assets in your parents' accounts ending up as an unclaimed part of the $32.9 billion held by state treasurers [source: Chaudhuri].

There are a few basics to review as you begin to financially prepare for the death of a parent. Before broaching the subject, though, it may surprise you that the first step is to get your own affairs in order, for your own financial security.

Preparing for the death of a parent may often mean more than acting as executor of the will. More than 66 percent of Americans aren't sure how or don't have a plan to meet their long-term care needs, such as nursing home or assisted living, and estimates indicate that most of us will need such care in our old age [source: Norton].

Many of us have no sense of how much our parents are worth, underestimating the value of their estate by as much as $300,000 or more [source: McGinnis, Fuscaldo]. Reviewing your personal financial road map and speaking with a financial adviser will help you avoid taking on more than your finances allow. 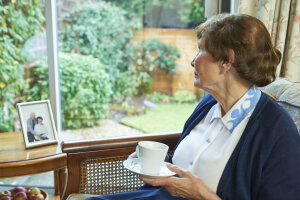 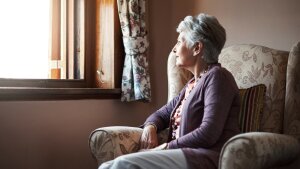 Does Social Security continue after a spouse dies? 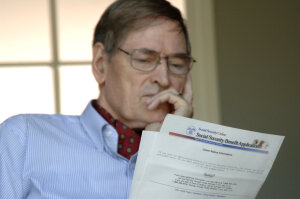